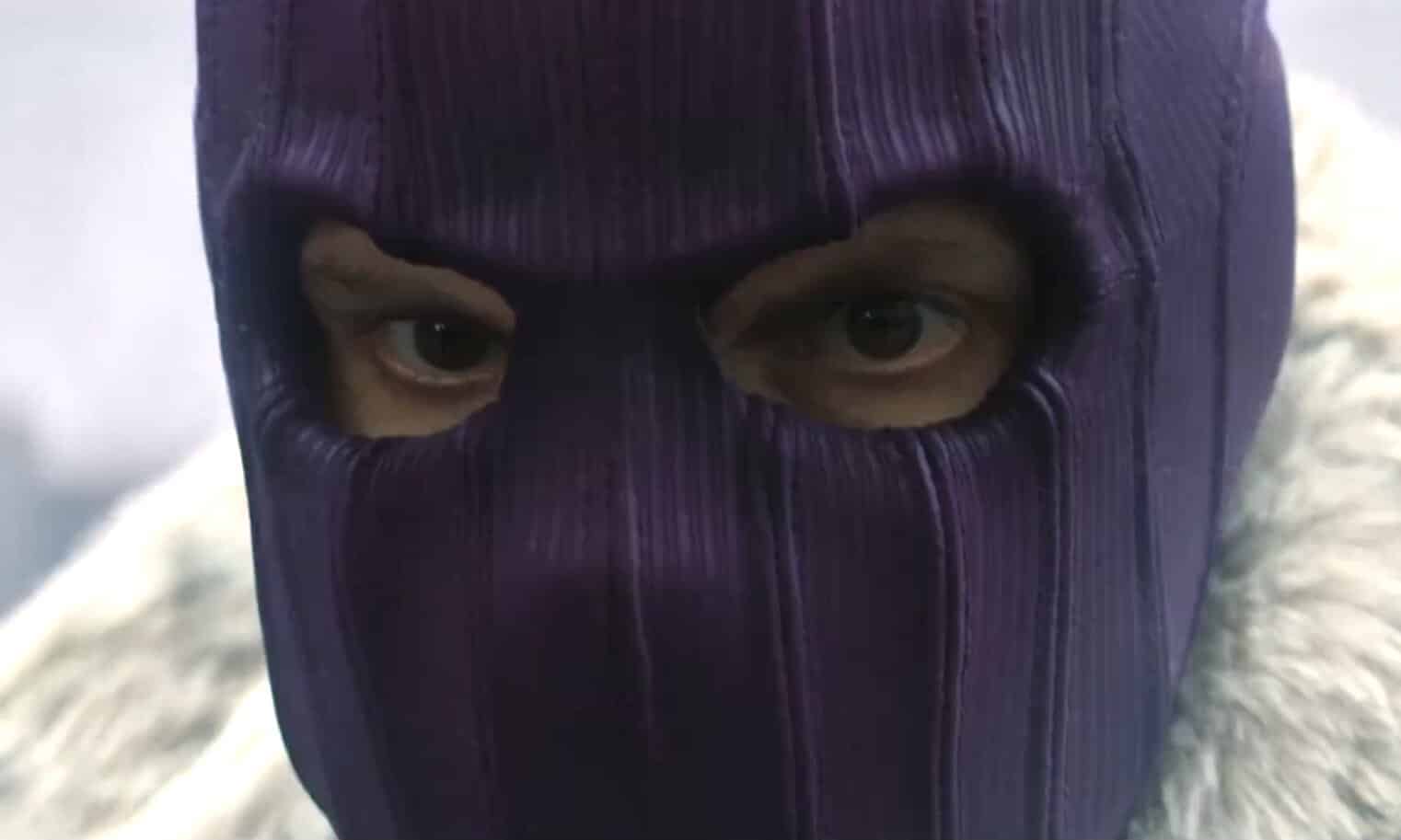 Following the massive success of WandaVision all eyes are on the next series from Marvel and Disney Plus in The Falcon and the Winter Soldier. While the plot of the show is still being kept mysterious, early trailers have definitely confirmed that the series will be a much more action-packed outing than its predecessor on the streaming service.

The core of the series follows life after Captain America’s passing down of the shield. The inheritance of the shield is being fought between Bucky (Sebastian Stan), Sam (Anthony Mackie), and a new hero adopted by the US Government, John Walker (Wyatt Russell). As this occurs Baron Zemo (Daniel Bruhl) has resurfaced and is wreaking havoc on the world again in his bloodlust against the Avengers.

The biggest reveal of the new tv spot was a full look at Baron Zemo’s new comic-accurate purple mask, which has boosted fans’ excitement for the series and to see the actor’s return to the role.

Hopefully this series will remind people Zemo is one of the best MCU villains. #TheFalconAndTheWinterSoldier pic.twitter.com/zDZ7wf4j87

Daniel Bruhl had this to say to Collider about his return to the role:

“I remember that Karl Skogland, the director, came to Budapest, and we recorded something with me being Zemo, and I was very happy and enthusiastic to see the mask. I was incredibly thrilled to go back because I remember that I had a lot of fun being in something completely different and getting to explore the MCU and become part of that. I have the fondest memories of collaborating with all of these wonderful actors , and to see Sebastian Stan again, and Anthony Mackie this time around. And to come back to something which, on the one hand, felt common and known, and on the other hand, being something completely new and something fresh.”

The return of Daniel Buhl’s Zemo has sparked much fan speculation on his return and future. Many believe that he has chosen the purple mask as an homage to Thanos to remind the Avengers of their biggest failure. It is also being speculated that Zemo is putting together a team of villains posing as heroes, known as the Thunderbolts, which has been a very popular theory among fans.

All of these questions and speculations will be answered when The Falcon and the Winter Soldier begins streaming on March 19th on Disney Plus.

Continue Reading
You may also like...
Related Topics:Baron Zemo, Marvel, MCU, The Falcon and the Winter Soldier