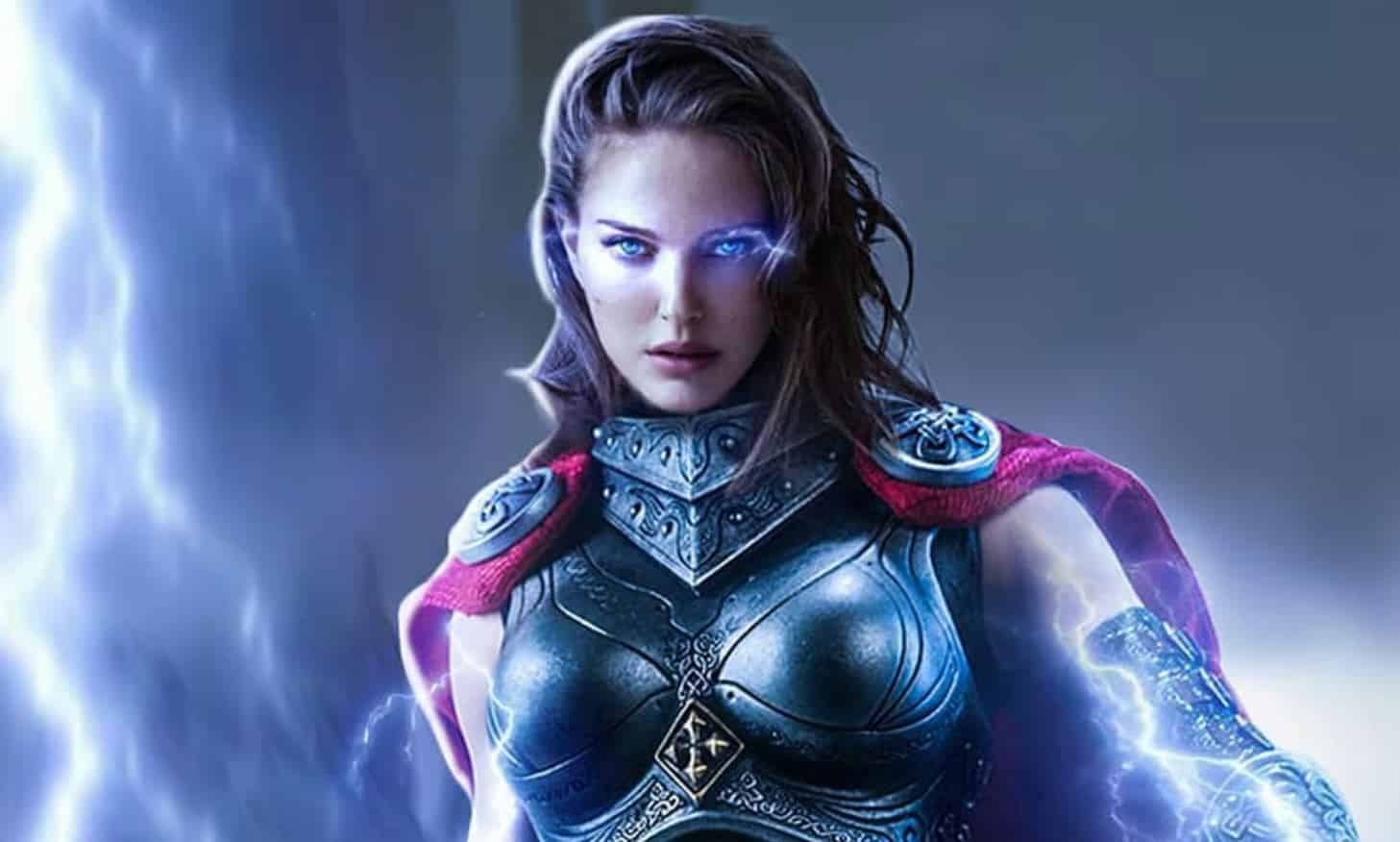 The Thor franchise is pushing forward with Thor: Love and Thunder, which Taika Waititi is currently busy shooting. The new film will adapt the Mighty Thor line of comics, which see Jane Foster gain the powers and mantle of Thor. Natalie Portman will be reprising her role as the character which she last played in Thor: The Dark World. As such, many fans are excited to see her revisiting the franchise, and doing justice to the popular Mighty Thor storyline. Now in a series of newly released images, fans can see Natalie Portman on set as Jane Foster as she seemingly uses her powers as Mighty Thor.

The images, which you can see below, were taken courtesy of Daily Mail. It looks like filmmaker Taika Waititi is taking a rather simple VFX approach in allowing Natalie Portman’s character to defy gravity. It goes to show just how much computer wizardry is used to bring these iconic Marvel characters to life. And better yet, Taika Waititi isn’t even bothering with any kind of complicated wire rig to do it. Rather, Natalie Portman is being held up by two crew members with blue coverings which will allow them to be digitally removed in post-production.

Some more pictures of Natalie Portman as Jane Foster on the set of Thor: Love and Thunder from the other day

Our first look of Natalie Portman reprising her role as Jane Foster aka The Mighty Thor in Thor: Love and Thunder

It’s an exciting bit of insight to what will no doubt be a complex and varied film production. Especially considering all of the different elements involved. But after the success of Thor: Ragnarok, Taika Waititi and his fellow crew and cast members will surely deliver with this next installment in the Thor franchise. Stay tuned for more updates as we have them.

Taika Waititi will be directing Thor: Love and Thunder, which currently stars Chris Hemsworth reprising his role of Thor, Natalie Portman as Jane Foster aka the Mighty Thor, and Tessa Thompson as Valkyrie. Christian Bale is attached to play the film’s villain Gorr the God Butcher. The film will also include the cast from the Guardians of the Galaxy film series.