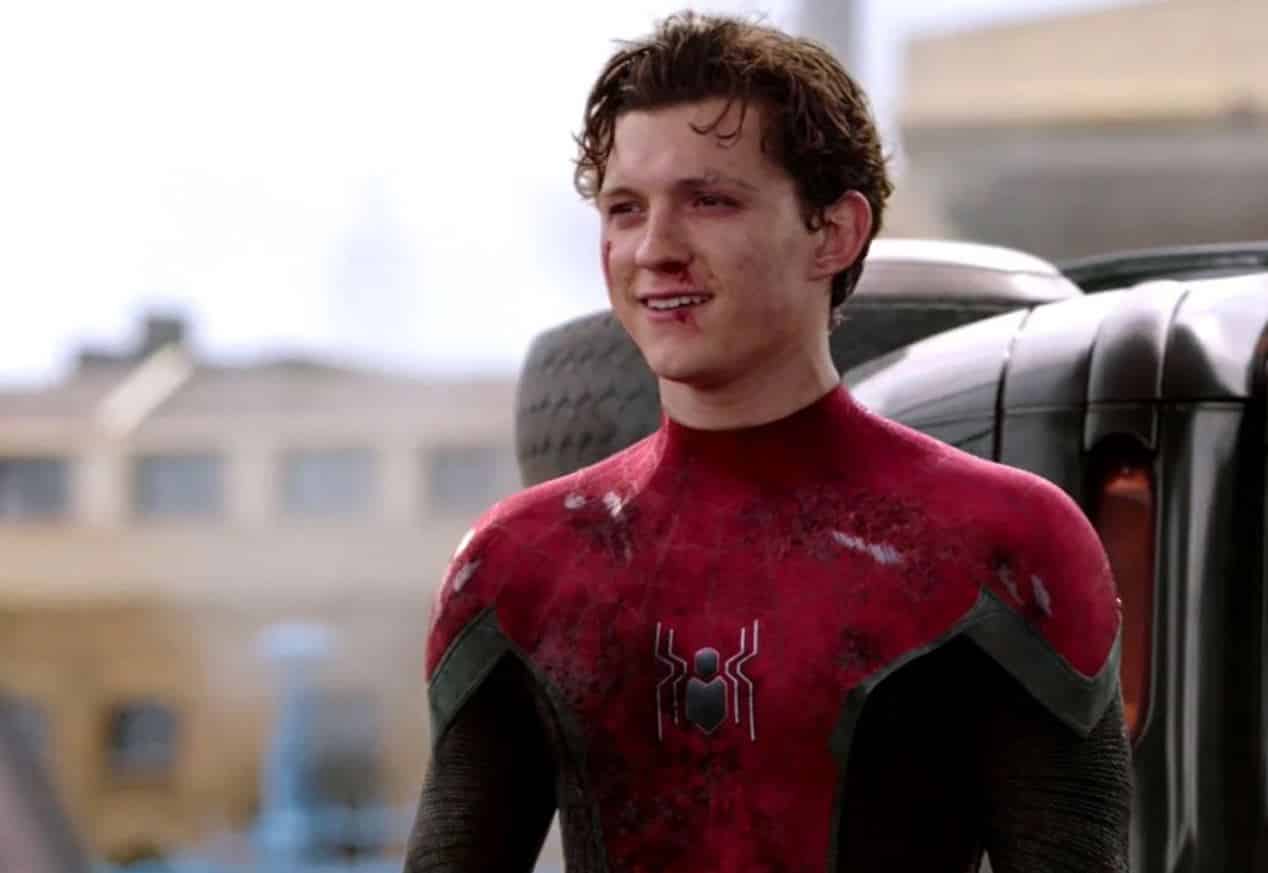 Spider-Man: No Way Home is wrapping up principal photography in Atlanta as it prepares to end the year with one of the most anticipated films coming in the Marvel Cinematic Universe. It is also arguably the most rumor ridden film upcoming, with talks of previous Spider-Men Tobey Maguire and Andrew Garfield joining the cast for what is seemingly a live-action Spider-Verse. But, these reports are conflicting at best, being ‘debunked’ by Tom Holland himself and only pushed by notoriously clickbaity websites. But, as the cast wraps up the film, a new photo of the main three stars has surfaced – and it shows us a bruised and beaten Peter Parker.

The picture, shared on Twitter, showcases a battered Tom Holland with his friends, Ned and MJ. They are joined in the photo by their stunt doubles. Holland looks like his last scene was an epic battle, one that will involve the loss of his mask. He’s been through the ringer for sure. Unfortunately, it is still unclear just who the main villain of the film will be.

We do know, amongst the sea of rumors, that both Jamie Foxx and Alfred Molina are confirmed to return as alternate versions of their previous roles of Electro and Doc Ock, respectively. But, are they the ultimate antagonist for Holland’s final film in his trilogy? Will Holland have anymore solo films after this? After all, this pic does signify a true end to his current contract as the Wall Crawler…

We still know so little about this film. We do know that Doctor Strange will cameo in a new mentor type of role and it will start directly where Far From Home leaves off. And, with the MCU looking to explore the multiverse, who knows where this story will go! Marvel has really stepped up their security as far as secrets go, with so few leaks coming out. Even in this unprecedented times of delays and instant social media posts, somehow the MCU is keeping an even tighter lid on what is in store for their films and series for Phase 4 and beyond. Luckily, we are still getting candid photos like this to give fans a glimpse at the stars, even if it reveals nothing story wise.

What did you think of this cast photo? Let us know in the comments below!