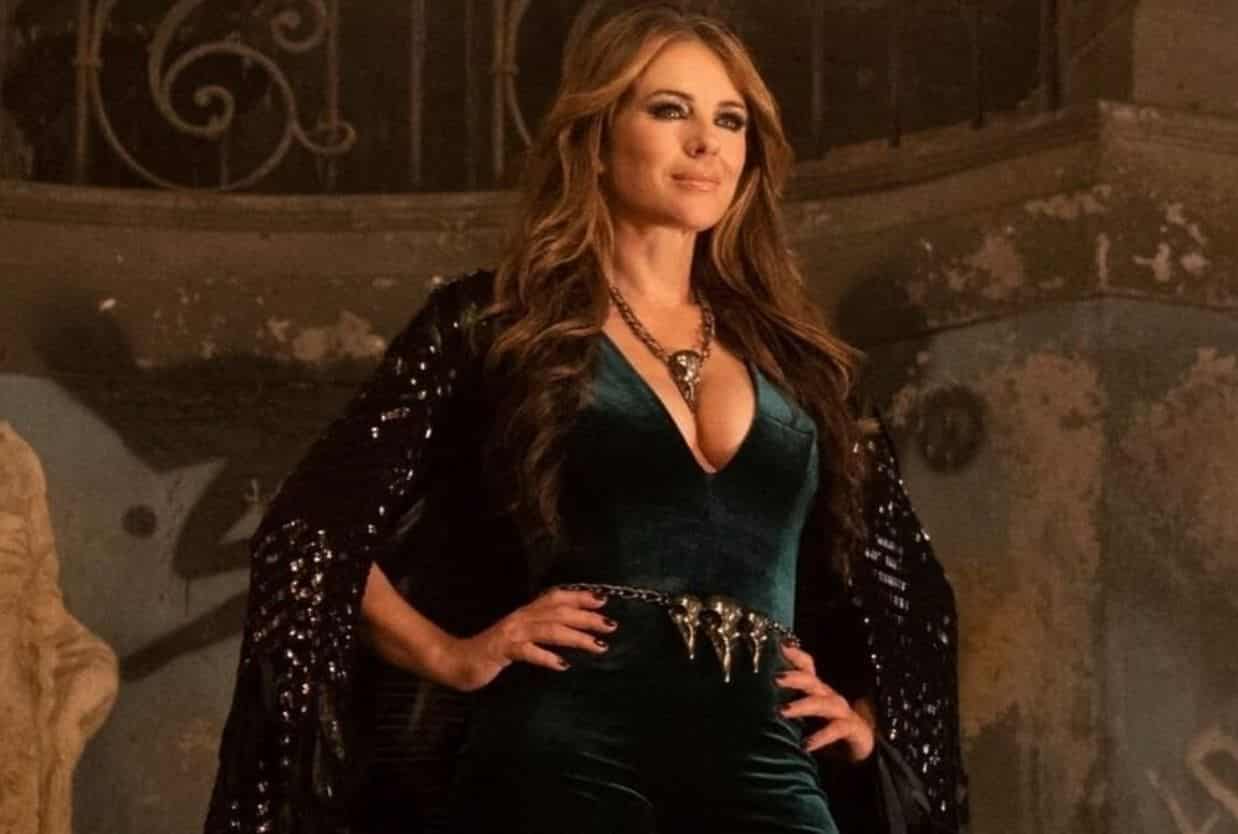 Actress Elizabeth Hurley previously opened up when the pandemic first started. She explained that she along with eight other individuals had been living together. The massive group of people were self-quarantining in an English country home. After she compared the experience to living like The Waltons, rumors eventually began that she was going to use the premise for a reality TV show. However, Elizabeth Hurley is now putting the reality TV show rumors to rest. With a twist, however, as Marvel’s Runaways actress decided to go nude to do it.

As you can see below, she posted the following photo on her Instagram profile:

Abzuuuurd stories in our illustrious press today. Hear it from the horse’s mouth, my son & I are definitely NOT planning a ‘Walton’s style reality TV show’ at home. Whoever the ‘friend’ (or bored journalist) is, who’s leaking these fictitional tidbits, you are ridiculous 😘😘😘 pic.twitter.com/PDMQsxaHfw

It’s a very eye-catching photo to say the least, with Elizabeth Hurley posing nude in a barn. Her pose is tastefully done, with most of her body hidden behind her arms and legs. She included the following comment with the image:

“Abzuuuurd stories in our illustrious press today. Hear it from the horse’s mouth, my son @damianhurley1 and I are most definitely NOT planning to shoot a ‘Waltons- style reality TV show’ at home. I mean!! Whoever the ‘friend’ (or bored journalist) is, who’s leaking these fictional tidbits, you are ridiculous”

There you have it. She immediately shot down any rumors about a possible reality TV series by outright calling them “absurd.” She even calls those who’ve been reporting the rumors “ridiculous.” However, with that in mind, it doesn’t mean the actress isn’t busy. In fact, Elizabeth Hurley is already busy with two more films. Each of the movies are already in post-production, and she should be shooting another film sometime later this year. So while the reality TV series isn’t happening, fans should still expect to see plenty more of Elizabeth Hurley. Especially if she decides to simply go nude on her Instagram profile again.

Elizabeth Hurley’s next projects to be released will be The Piper and Father Christmas is Back.