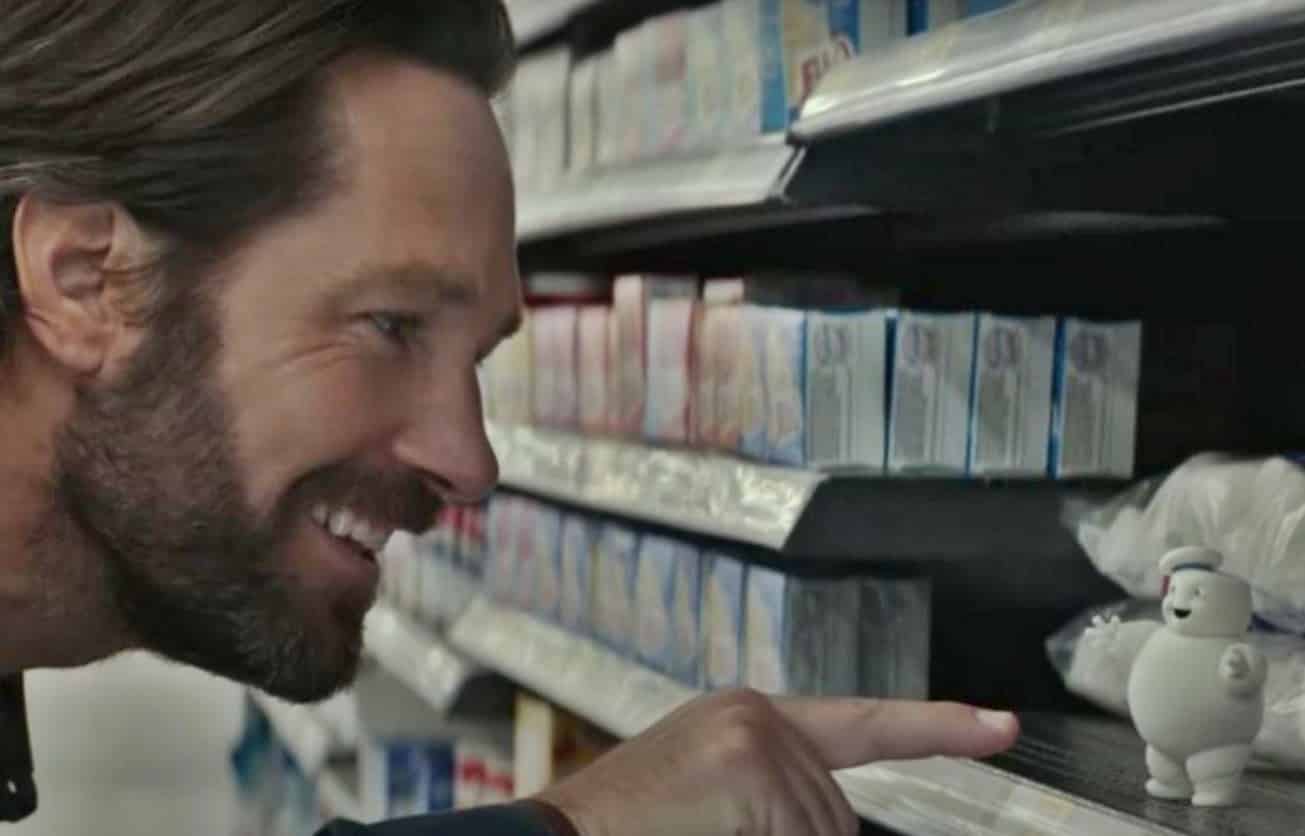 Many Ghostbusters fans were looking forward to Ghostbusters: Afterlife, which has unfortunately been delayed several times over the past year. Luckily, however, the long-awaited franchise revival is now scheduled for the end of 2021 – and Sony is already relaunching the marketing campaign. As you can see below, they revealed a new clip from the film which introduces Stay Puft “Mini-Pufts.” Fans should remember the iconic Stay Puft Marshmallow Man from the original Ghostbusters film. Well, now he’s a lot smaller – and there’s way more than one. In what can only be described as the Ghostbusters equivalent to Gremlins, or maybe even Army of Darkness, you can see the Ghostbusters: Afterlife clip below.

As perfectly summed up by Sony in the video’s description:

“Sweet. Mischievous. Savage. 🔥 Mini-Pufts are out of the bag.”

The clip also features a decent bit of Paul Rudd’s character, Mr. Grooberson. Unfortunately for him, it doesn’t look like he gets along very well with the little marshmallow creatures – and chaos ensues. While it is a very small clip, and possibly doubling for some kind of summertime promotion, it is an exciting new glimpse at the upcoming Ghostbusters: Afterlife. Hopefully we’ll continue to see more from the film in the coming months, especially with the longer wait until its inevitable release date.

Here’s the plot of Ghostbusters: Afterlife, which will follow the story established in the original two Ghostbusters films…

Ghostbusters: Afterlife has currently now been scheduled to hit theaters on November 11, 2021.