Daredevil Joins The MCU In Disney Plus Fan Made Poster

When it comes to the television and Netflix series from Marvel that ran during the Infinity Saga of the Marvel Cinematic Universe, there is a lot of contention as to where they fit in to continuity. They have not been MCU canon per say, but rather MCU-adjacent. While they have tried to link themselves to the films, the true MCU has all but ignored their existence. There are a lot of reasons behind this, most notably the friction between current Head of all Marvel Entertainment, Kevin Feige, and former head of Marvel Television, Ike Perlmutter. That is a story for another day, however. But, even with Feige confirming that these shows are not canon, he isn’t adverse to bringing in some of the more beloved Netflix characters and actors into the fold. Now, a new fan art poster reimagines a certain defender of Hell’s Kitchen as a Disney Plus series.

The poster, shared on Twitter by the artist Nuno Sarnadas, showcases Charlie Cox’s Daredevil on a fire escape next to a neon cross sign. ‘Good’ is written up and down and ‘God’ is going side to side on the cross, but only the ‘D’ on each one is lit up. Off in the distance we see Avengers Tower. And, although this tower was sold off to someone and is no longer the home of the Avengers, it does help set the scene of an included Man Without Fear in the MCU. The artist actually tweeted this to Steven DeKnight, the showrunner for the first season of the Netflix series, and admonished praise and a desire for his return to the series. Add in the Disney Plus and Marvel logos and it’d a new MCU series! 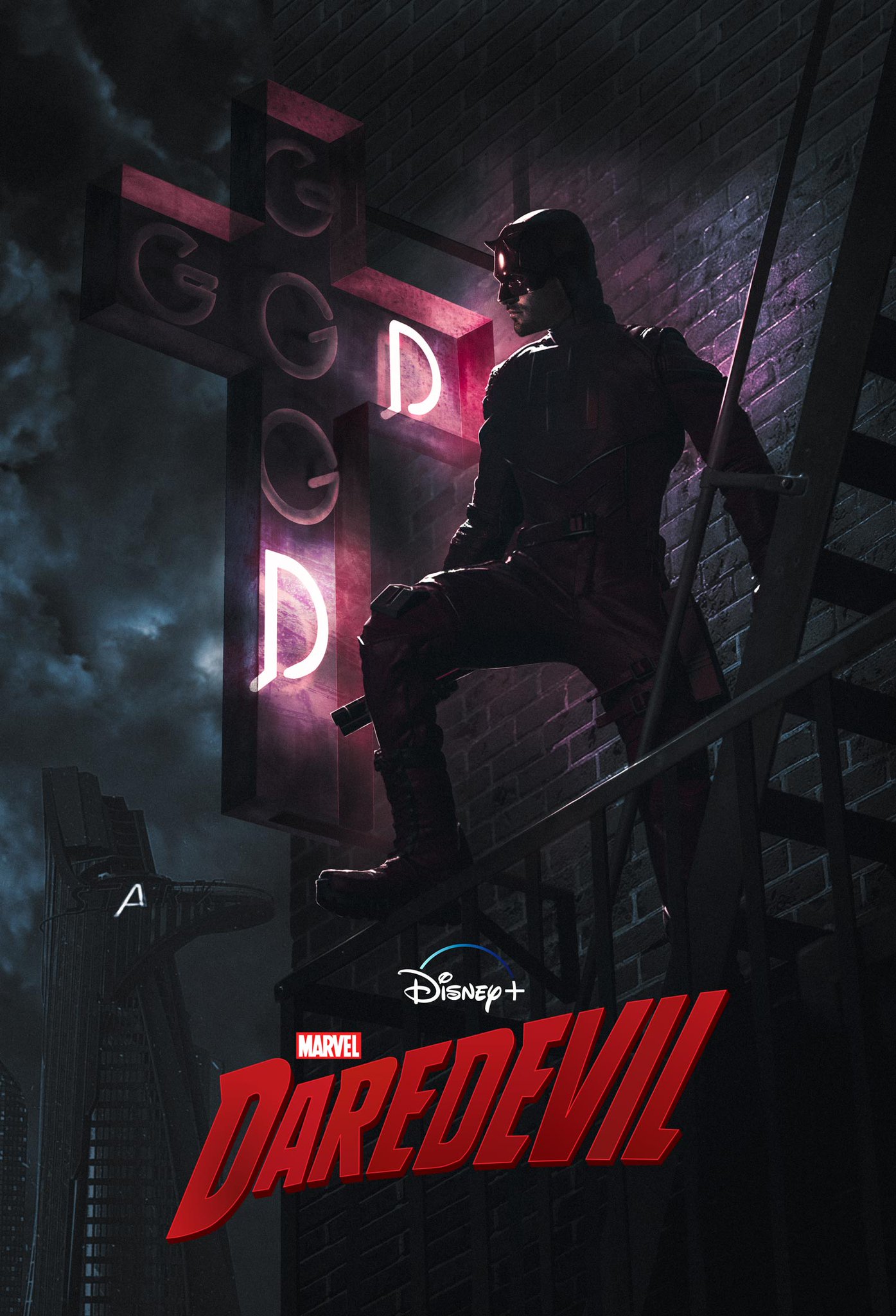 And apologies for intruding again, but to show my appreciation for 'Daredevil' I made this concept poster for a new season on Disney+! I really hope we can have it soon, hopefully with you at the helm again for a 'born again' Matt Murdock! pic.twitter.com/KXnQH77pzS

Admittedly, the dark and dreary tone of the series and the poster feel a bit out of place with the Disney Plus logo. But, as we are learning from Falcon and the Winter Soldier, Disney looks to be giving Marvel a ton of rope to do as they please, including violence and curse words. While the Netflix series were more maturely rated, a hard PG-13 series could be possible. So, fingers crossed that someone at Marvel sees this and likes the idea.

Do you want Daredevil to come into the MCU? Let us know in the comments below!