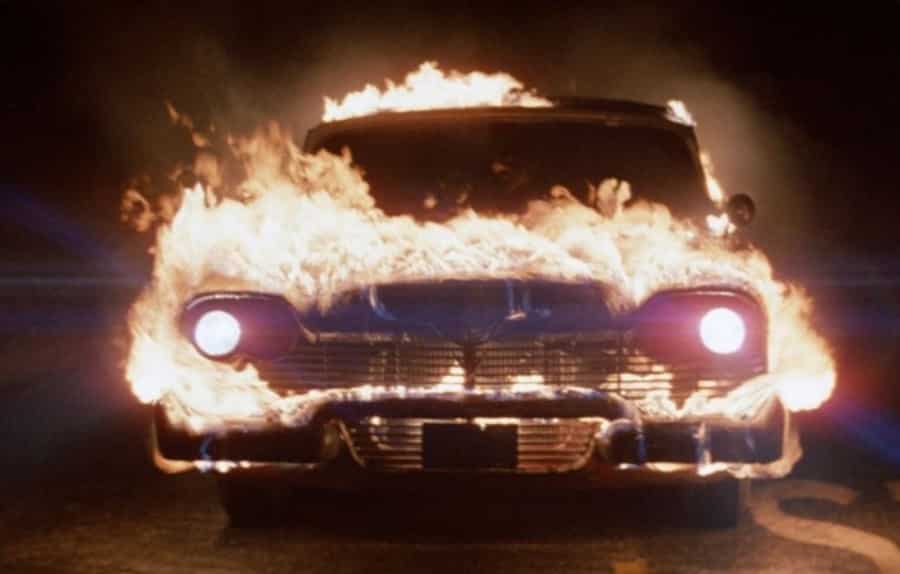 One of the most popular Stephen King novels and adaptations from the 1980’s is none other than Christine, a story about a sentient killer car that was famously brought to the big screen by filmmaker John Carpenter. Now it looks like the iconic Stephen King story Christine is getting another adaptation, this time from director Bryan Fuller. What’s more, the project is being produced by both Sony Pictures and Blumhouse. It’s worth mentioning that Blumhouse is also currently working on a new big screen adaptation of Stephen King’s novel Firestarter.

As for Christine, it looks like this film is aiming to be particularly close to the book. As revealed via Deadline:

“Fuller is getting under the hood with the intention to keep it in an ’80s time period and grounded in King’s bestseller.”

This should have fans of both the source material and John Carpenter’s original film adaptation happy. Especially considering a Christine story taking place in modern times wouldn’t exactly have the same punch as the original. In any case, it’ll be nice to see how modern filmmaking techniques on the other hand will be able to elevate the classic story. Let’s just hope they don’t have to destroy any more original 1958 Plymouth Fury cars to make it happen.

Hopefully we’ll have more details on this new Christine film adaptation soon, and exactly who else will be involved. But with Bryan Fuller attached, it’ll certainly be an exciting new take. As such, stay tuned to ScreenGeek for updates as we have them. It’s definitely going to be a good time to be a Stephen King fan.

The new Christine adaptation has Bryan Fuller attached to both write and direct the film. Meanwhile, Jason Blum, Vincenzo Natali, and Steven Hoban will all be attached as producers. Peter Kang will oversee for Sony Pictures.