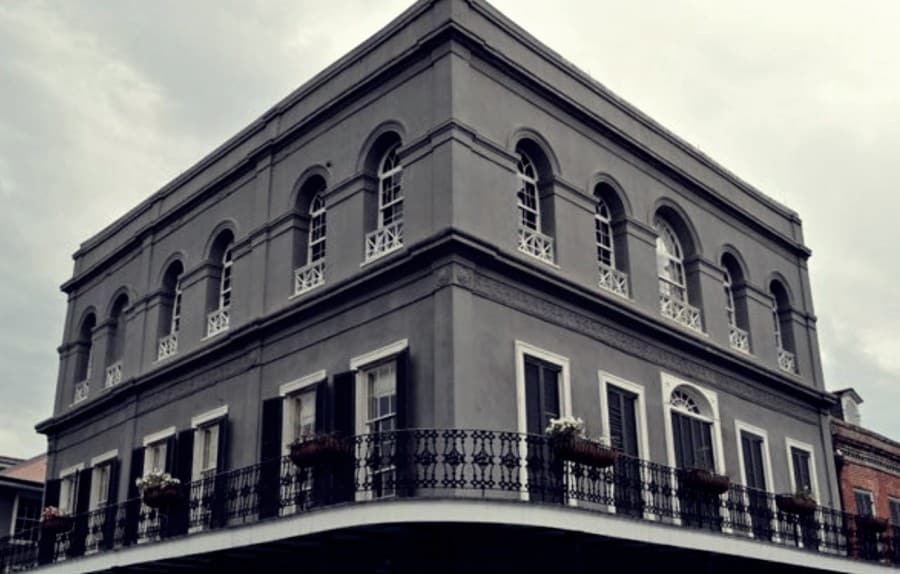 Filmmaker Darren Bousman recently brought the Saw franchise back with Spiral: From the Book of Saw, and now it appears he’s working with the writing team behind The Conjuring to finally get the previously announced The LaLaurie Mansion off the ground. The film is intended to be a start of a new horror film franchise, and one inspired by the real-life LaLaurie Mansion. Chad and Carey Hayes, the writers responsible for The Conjuring, will be working with Faster Horse Pictures to produce the film with director Darren Bousman.

“Bousman, who has directed four of the Saw movies including this year’s Spiralwith Chris Rock and Samuel L Jackson, will direct the leadoff film in the proposed series of movies about the infamous New Orleans property.”

They further noted that Chad and Carey Hayes not only wrote the screenplay for The LaLaurie Mansion, but that the film is intended to have portions shot in the actual house. This is an impressive revelation, as the house as actually not allowed public access since 1932.

According to the announcement, the first LaLaurie Mansion film will be set in the present day and it’s currently being prepared to be released in the fourth quarter of 2021. What’s more, they noted that “studio and streamer interest is already high in the project.” Apparently while the first film is set in the present day, the film series is intended to go “back to the origins of the house’s history and its sinister owner.” This should make for quite an interesting franchise indeed, especially considering the real world history of the house and Madame LaLaurie.

Here’s what Darren Bousman had to say about the project:

“Joining this project is a dream come true for me. For as long as I can remember I have been obsessed with the paranormal. Anyone who studies the supernatural knows the legends and lore of the LaLaurie Mansion. It’s the holy grail of these types of environments. Recently I was allowed access to the house, and was able to stay there with the Hayes brothers. There is no way to articulate my 72 hours inside those walls. The house consumes you. Its history cripples you. The Hayes Brothers have crafted such an emotional, suspenseful, and scary narrative that I cannot wait to introduce the world to this unbelievable location.”

“Not only is Darren an incredibly creative director, but he also knows how to build a franchise. We are beyond thrilled to have him on this one, and can’t wait to see what he brings to the screen,” they noted.

The LaLaurie Mansion film series is being produced by Cindy Bond, Doug McKay and Whalen as well as Chad and Carey Hayes. Joshua Ryan Dietz and Dylan Bond are executive producers. Local historian Andrew Ward is consulting on the project.