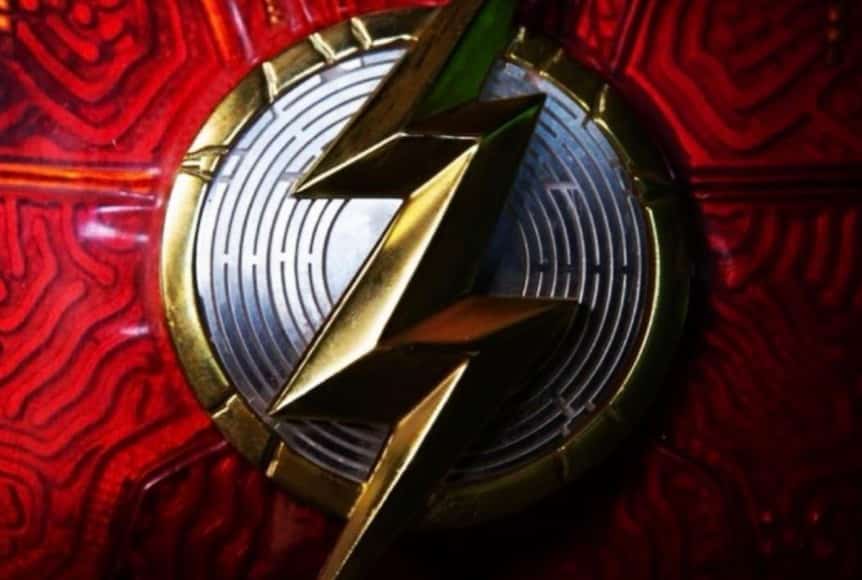 The Flash solo film for DC has been nearly as tumultuous as the Flashpoint Paradox storyline that the film is supposedly based on. Constant delays, multiple directors, controversy and more have plagued the movie before it has even begun filming. But now, director Andy Muschietti has got it all in hand and production is starting. We know that both Ben Affleck and the great Micheal Keaton are returning to their respective versions of Batman and Ezra Miller is getting a new look to this version of The Flash. And Muschietti has teases us with a look at the new logo and suit.

Taking to Instagram, Muschietti shared a close up look of The Flash’s chest logo and some of the new texture to the new suit that Barry Allen will don in his first solo film as a character.

Rumor has it that Affleck’s Batman will design the new, more streamline and comic accurate suit for Barry. This suit will be more in line with what we’re familiar with, like a body suit instead of the armored plating style we saw in Justice League. An interesting aspect is the texture in the suit. Similar to Henry Cavill’s Superman suit and Zachary Levi’s Shazam suit, there is some depth to it with the textures, rather than just a basic body suit. Between this and the concept art we got at DC FanDome last year, this could arguably be the best looking Barry Allen on any screen yet!

As the film begins production, fans will hopefully gets some more insight coming from behind the scenes photos and promotional tie-ins in the days ahead. Now that WB and DC want to go the multiverse route with their films, so that each movie can stand on its own but crossovers are also on the table, this film about the DC speedster becomes rather important to DC Comics’ success cinematically. Hopefully they nail it.

What do you think of the new look of The Flash’s logo? Let us know in the comments below!