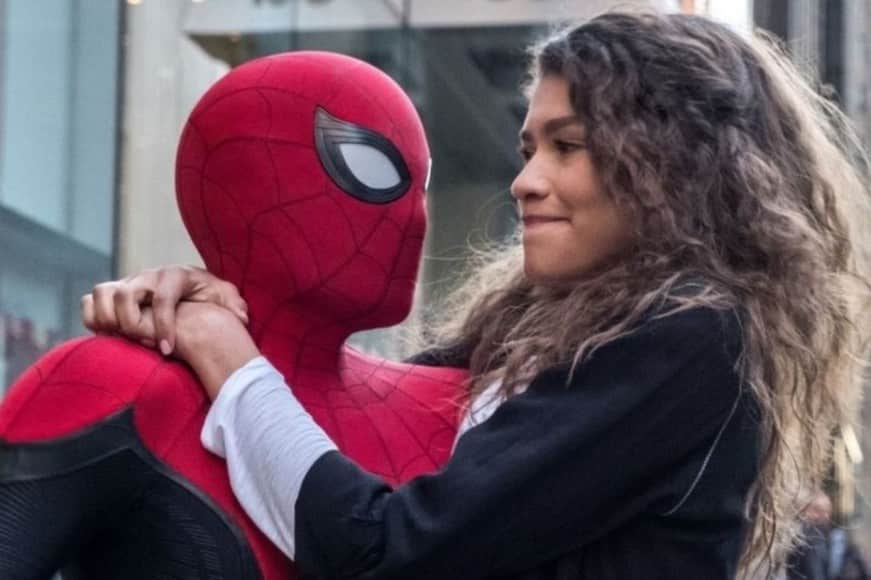 There have been a variety of rumors circulation that Tom Holland and Zendaya have entered a relationship with one another. And, as it turns out, the two were recently photographed kissing. As such, it seems to have added fuel to the fire and rumors are once again being hyped up that the two could be dating. In fact, some have been interpreting their openness to being photographed is actually a way of announcing their relationship.

As revealed in the photo, Tom Holland and Zendaya were seen kissing in Tom Holland’s Audi sports car while in Los Angeles.

And that isn’t the only instance Tom Holland and Zendaya have been spotted with one another. Interestingly, via Page Six, Zendaya’s mother Claire Stoermer was recently spotted leaving a residence in the same neighborhood as Zendaya and Holland. This, along with the fact the alleged couple were dressed casually, seems to suggest that the two are hanging out with Zendaya’s family in a casual, relaxed manner. This could suggest that they’ve reached a very serious level in their relationship, assuming that’s what’s going on.

Of course, they’ve both gone on record in the past to say they’re only “friends” and nothing more. But that could easily be a way to hide their feelings for one another, especially if they were waiting to reveal their relationship. If that’s the case, we could expect official announcements by the two any day now. Of course, we’ll just have to be patient and see what happens. In the meantime, relationship or not, Tom Holland and Zendaya will be in the upcoming Spider-Man film Spider-Man: No Way Home together later this year.

Spider-Man: No Way Home was directed by Jon Watts from a script by Chris McKenna and Erik Sommers.

The upcoming Spider-Man: No Way Home is scheduled to hit theaters on December 17, 2021.