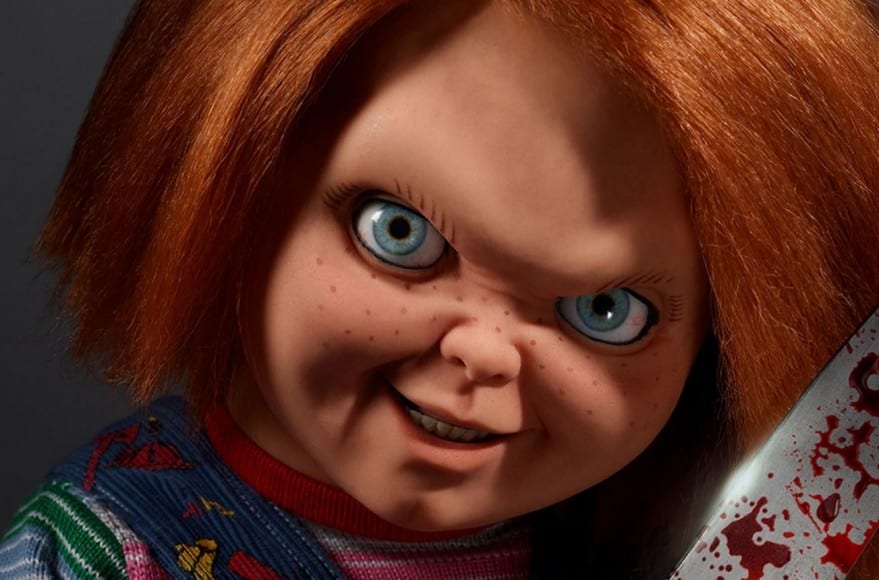 It’s been recently announced that the first trailer for the upcoming Chucky series will be arriving via [email protected] on July 25. Nevertheless, Entertainment Weekly was kind enough to not only reveal an image with Chucky’s new look – but they also threw in a brand new Chucky teaser! As confirmed by Don Mancini, Chucky’s new look is directly inspired by his appearance in Child’s Play 2. This particular entry has often been considered to be one of, if not the best in the franchise.

And, as you can see in both the image and teaser for Chucky posted below, via EW, they certainly did a good job. Chucky looks great in these new teaser materials – in which case the full trailer can’t get here soon enough.

Here’s what else Don Mancini had to say about the show’s main characters:

“The main character is a 14-year-old gay boy who’s bullied and sort of lost after the recent death of his mother,” says Mancini. “He’s a young artist [making] sculptures with doll parts. He finds Chucky at a yard sale and buys him, but it turns out that he gets much more than he bargained for.” Arthur is joined on the show by young actors Teo Briones, Alyvia Alyn Lind, and Björgvin Arnarson. “One of the things I wanted to do was bring [the franchise] back to its Child’s Play roots and have the protagonists [be] kids. But since, with the first couple of movies, we’d already delved into having little kids I wanted to explore something different, so this time we’re exploring young teenagers.”

Don Mancini also emphasized how much effort was put into making Chucky appear as closely as possible to how he did in Child’s Play 2:

“Over the years, I’ve heard that the consensus fan favorite among all the movies is Child’s Play 2,” says Mancini. “I think one of the reasons for that is how Chucky looked in that movie and how the late director John Lafia, who passed away last year, shot Chucky. Our goal with the series was to bring Chucky’s look precisely back to that. Tony Gardner and Peter Chevako (special effects artists responsible for creating the show’s puppets) have done a great job. I think fans are really going to love that.”

And, if you were worried this could be the end of the franchise, fear not. Don Mancini has stated that there are possibilities to continue with both the show and films.

“We have plans to do that, whether in lieu of additional seasons of the series, or in tandem with [them], potentially,” he says. “We’re creating a broader Chucky universe with the TV series that now could span over different media.”

As for the plot of the upcoming series…

The new series Chucky is scheduled to premiere on both SYFY and USA on October 12 for an eight episode season.

‘Spider-Man: No Way Home’ Suit Looks Like A Doctor Strange Crossover
‘John Wick’ Prequel Spin-Off ‘The Continental’ Will Be A 3-Part Event Series
Advertisement
To Top