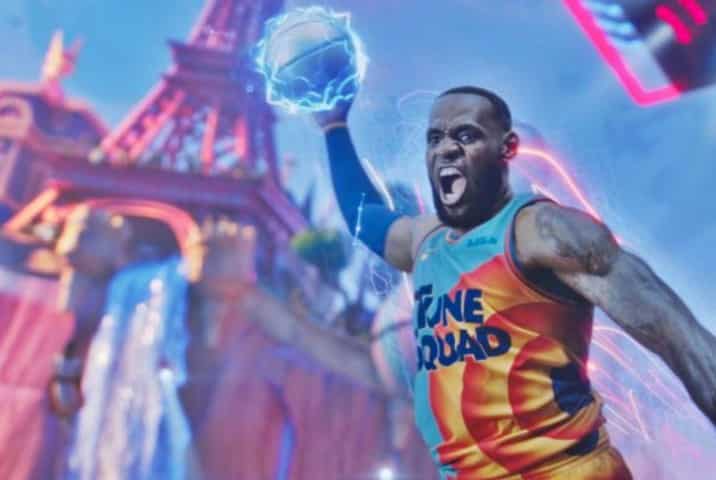 As expected, the internet is once again collectively bashing a new release. This time, however, they’re targeting player-turned-actor Lebron James and his performance in Space Jam: A New Legacy. It seems LeBron’s acting wasn’t up to the expectations that fans had following the 1996 Space Jam that was released 25 years ago. While the film wasn’t that much better acted, it seems that fans just aren’t ready to see Michael Jordan replaced with LeBron James. With this in mind, the bashing over LeBron James’ acting has been pretty harsh.

As you can see below, here are some social media posts that were made about LeBron James’ acting in Space Jam: A New Legacy:

i love lebron but his acting be mid pass

Just finished Space Jam 2. I thought LeBron had some decent acting skills in trainwreck but definitely doesn’t show it in this joint

LeBron James actually had a response to all the negativity:

On the bright side, not a lot of users have mentioned any other faults of the film. Of course, critics certainly have. In fact, it seems to be a common complaint that the film took too much advantage of Warner Bros’ other properties. While the film still focused mostly on the Looney Tunes, it did use plenty of other IPs and characters to flesh out the film’s universe and the spectators at the basketball game.

This did lead to some interesting cameos, however, that are just looney enough for some to enjoy. In fact, the film actually manages to show off characters from both A Clockwork Orange and Ken Russell’s The Devils, along with Pennywise from IT just to name a few surprising choices. Of course, for a sequel to the 1996 Space Jam, it’s understandable that some viewers just couldn’t accept them.

In any case, we’ll have to wait to see how well Space Jam: A New Legacy will be received by its targeted audience – which is obviously (or perhaps not so obviously based on some of the above mentioned titles) children. Indeed, this film could make its way into being a cult classic much like the original Space Jam. Or, at the very least, it will be an even more niche but entertaining continuation much in the way of Looney Tunes: Back in Action. So perhaps LeBron James’ acting skills won’t make any difference for the film in the end.