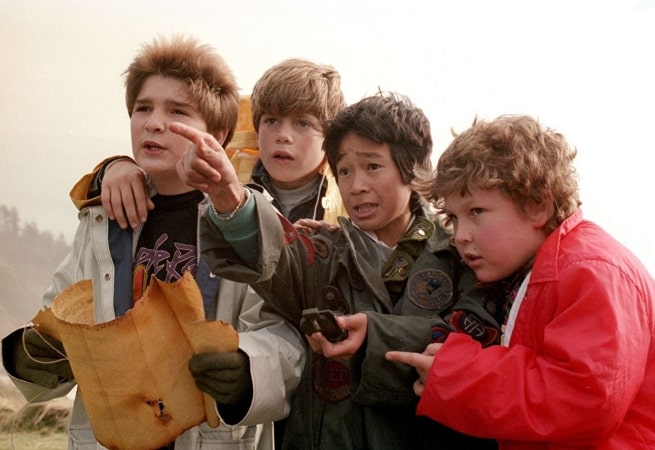 One of the few 1980’s classics to still stand alone has been The Goonies, despite talks of a sequel going on for decades. While the passing of original director Richard Donner made the chances of Goonies 2 even more unlikely, Corey Feldman insists the film could still happen. As fans of The Goonies know, Corey Feldman starred in the original movie. While his statements should be taken with a grain of salt, he insists that not only could Goonies 2 still be on the table – but Lethal Weapon 5 as well.

Here’s what Corey Feldman said while speaking with MovieWeb:

“One of the things Mel mentioned to me, because we started talking about Lethal Weapon 5 vs. Goonies 2 and that whole debacle, and I said I knew that there was no way he could have pulled off Lethal 5… So, Mel says to me, ‘Well, you know, people have been saying maybe I should just direct it.’ And I said, ‘You should! That would be great.’ So, who knows. The point of that was, maybe this will encourage Mel to take over the helm and direct Lethal Weapon 5, and maybe one of us will be inspired to take over the helm and direct The Goonies 2.”

He emphasizes how important it is that only a specific type of person should take over the director’s chair. He doesn’t think just anyone should direct Goonies 2, but rather someone involved with the original or who respects it completely:

“It could happen, you never know. But, if that were the case, it would either have to be one of the cast members or it would have to be like Steven [Spielberg] or Chris [Columbus]. Or maybe if there was some kind of a pre-existing agreement between Dick and Adam Goldberg, because I know Adam Goldberg had just met with him to pitch Goonies, so if on the outside chance they had some kind of a deal written up where Dick had passed the torch and Adam could prove that, then maybe that could work. But that would be as far as I’m willing to stretch on it.”

While it’s still unclear if Goonies 2 will ever happen, Corey Feldman does make some interesting comments. At a time when Hollywood has tackled nearly every other big 80’s classic, it might only be a matter of time before The Goonies is targeted next.