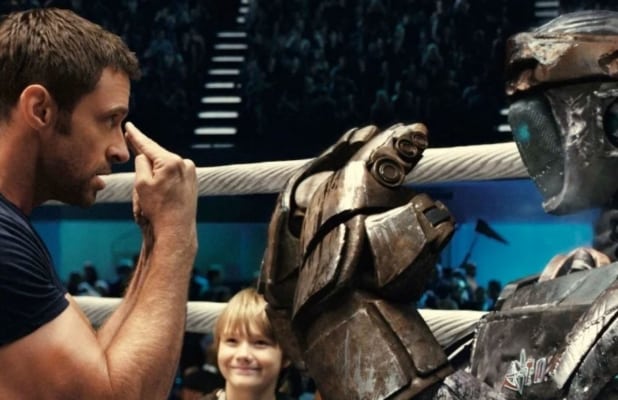 There are times when a movie makes a mark on fans and becomes a beloved classic, yet for some reason doesn’t quite measure up in its initial box office release to warrant a sequel. These ‘cult classic’ films are almost always talked about with revelry and fans wonder why we never got another film from the franchise. One such film is the Hugh Jackman led Real Steel. Directed by Free Guy director, Shawn Levy, the movie that is loosely based on the classic board game ‘Rock’em Sock’em Robots’ not only had great robotic boxing action, but had a lot of heart with a father rebuilding his relationship with his estranged son.

Now, as the movie gains another wave of fandom as it streams on Netflix, Levy reveals that the dream of Real Steel 2 still lives on within himself and Jackman.

Shawn Levy spoke with Inverse during the Free Guy press junket and talked about seeing this movie trending on Netflix and talking with Jackman about the possibility of a sequel:

“It has been in my mind and in conversation a lot lately. Maybe because of the fact that when Netflix started streaming it during the lockdown, it became one of their top trending and most-viewed titles. Which led to Hugh and I talking again about, ‘What is this love for Real Steel?’ Kind of this realization that, ‘Well wait, we love it that much too.’ We’ve always loved it that much too. It’s one of those ‘never say never’, even though it feels like the clock has run out on that window of opportunity. It feels like that fan love and that audience hasn’t gone away. So, who knows?”

#FreeGuy director @ShawnLevyDirect reveals to Inverse that he’s had talks with @RealHughJackman about a potential Real Steel 2. pic.twitter.com/tKS5fQfLyx

While it has been ten years since the release of Real Steel, a sequel is something that fans want to this day. Some kids that enjoyed the film are now adults with kids of their own and would love to share this franchise with their family as the story continues. And with Jackman seemingly just as ready to make this film, it would seem that it is only a matter of time before we get an announcement from Disney that a sequel is indeed in the works. Hopefully this does come to fruition and we all get the sequel we desire. The story has more to give and more heart to show.

Whether we get this sequel or not, one thing is certain: Real Steel is a lot of fun and a film we can all enjoy, as it streams on Netflix now!

Do you want a Real Steel 2? Let us know in the comments below!