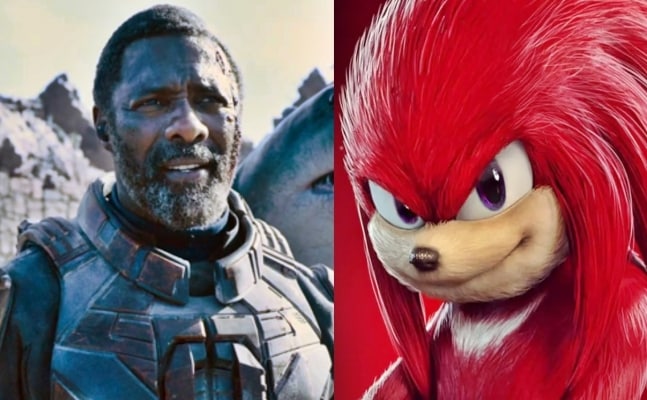 Last year’s Sonic the Hedgehog film did surprisingly well after the backlash received by the initial trailer. As a result, a sequel was soon put into production. And, one of the reasons fans have been hyped for this upcoming sequel, is the opportunity to see more classic Sonic characters brought to life. This includes Knuckles the Echidna, a beloved character from the Sonic video game franchise. Now we know who will be voicing Knuckles the Echidna – and it’s a big surprise. Especially after he just starred in the critically acclaimed film The Suicide Squad. As it turns out, Knuckles is being voiced by none other than actor Idris Elba. What’s more, a small promotional image was released to share the news.

This is an exciting announcement, especially for fans who are eager to see more classic Sonic characters from the video game franchise brought into the live-action fold. Aside from Idris Elba as Knuckles, the film is also set to introduce Tails as a lead character. As fans who watched the first film might remember, Tails was previously teased during an end-credits scene for Sonic the Hedgehog. As such, it’s nice to see that this film will follow where that one ended. Speaking of which, Jim Carrey is also set to return as the evil Dr. Robotnik after he played the character in the first film.

The rest of the cast includes Ben Schwartz as the voice of Sonic, with James Marsden and Tika Sumpter returning as their live-action characters. Natasha Rothwell and Shemar Moore will be joining the cast for the first time. As of now, it remains unconfirmed who will be voicing Tails – but the character was last voiced by Colleen O’Shaughnessey for the end-credits scene of Sonic the Hedgehog.

Fans will have to wait until next year to see the film, as Sonic the Hedgehog 2 is currently expected to be released next year on April 8, 2022.