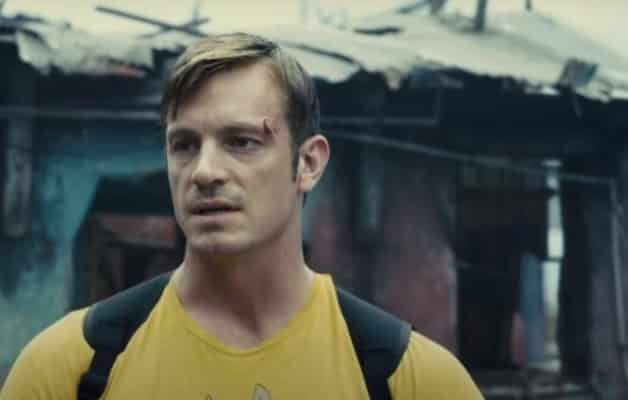 Actor Joel Kinnaman, who recently starred as Rick Flag in The Suicide Squad, acquired a restraining order against a woman he had a past sexual relationship with. According to Kinnaman, the woman is “threatening to publicize false information” regarding their past. This includes, as Kinnaman states, that he “had sex with her against her will.” Now, it appears he will face a rape investigation by Swedish authorities.

Another report from the same outlet notes that Swedish authorities have reportedly launched an investigation into disputed rape charges against Joel Kinnaman, a week after he obtained a restraining order against a woman who he claimed was “attempting to extort” money from him through threats.

Kinnaman said that the actress began these threats after they “had a brief romantic relationship” in late 2018. What’s more, the alleged woman was named Gabriella Magnusson, who is a Swedish model also known as Bella Davis. It’s been claimed that her threats were made to acquire “money, Hollywood connections, helping to secure a work visa, a verified Instagram page, a Wikipedia page, a photo shoot with Sports Illustrated, an additional $400,000 USD for an apartment and more.”

According to Kinnaman’s claims, when the two had their brief relationship in 2018 they “met up in New York and had consensual sex.” He states it happened again the following month in December 2018, “”but did not spend the night together because I had to get up early the following morning for work. The next day she texted me that she was bothered that I had not asked her to spend the night and that I did not check with her to make sure she made it home safely.”

Eventually, Joel Kinnaman entered a new relationship with model Kelly Gale. At this point, he didn’t respond any further to Magnusson’s desires “to meet up” or the “sexually explicit content” that she sent him. As a result, Kinnaman states that her “communications became more antagonistic, threatening, and frightening over time.” He stated they even had a phone conversation that she knew was being recorded. He states that during this call, she didn’t just admit to having consensual sex with Kinnaman multiple times, but that she still intended to tell the media the contrary if her demands weren’t met.

“At one point, she stated, ‘Do you know how much money I would get and how famous I would be if I went to the press?’ ” he goes on. “She also made threats of physical violence against me and my family by herself and others, including her brother, a convicted felon, who pointed a rifle at my manager.”

“Since then, her threats of violence against me and my loved ones have become so serious and specific that I felt I had no choice but to seek a restraining order,” Kinnaman continued.

Finally, the DC actor stated that he wants “to be VERY clear so there is no misunderstanding: I stand by all victims of sexual assault.”

“This is not what occurred here. This was consensual sex. And now it is an attempt to extort,” he explains. “More importantly – this is a threat to the safety of my family and loved ones, which will always be my top priority.”

Davis, who alleges Kinnaman raped her, has denied having “ever threatened or asked for money.”

We’ll keep you updated on further details as the become available.