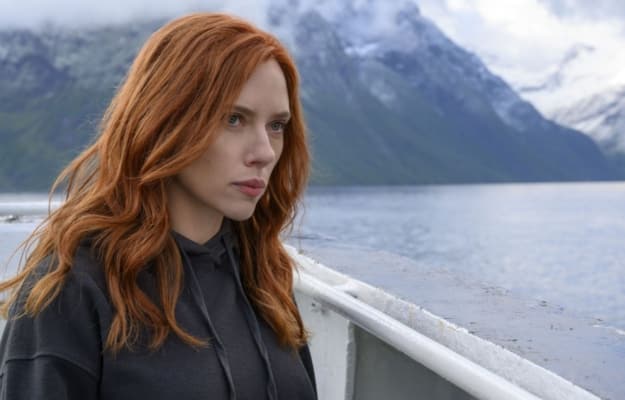 Black Widow is the first film of the Marvel Cinematic Universe’s Phase 4, entering a whole new territory after the events of the Infinity Saga. This movie is a prequel, set immediately after the events of Captain America: Civil War, showcasing Natasha Romanoff returning to her ‘family’ and her past in the Red Room to resolve a major issue, both for the world and within herself. The film has had a bit of success after its over a year delay, but has also garnered some recent controversy over the way it was released – thanks to Scarlet Johansson’s lawsuit against Disney. Now, a deleted scene for the ending has made its way online, and some feel it would have not only made the ending a more fitting one, but possibly saved the film.

The clip is of Natasha, with her new blonde hair and Yelena’s vest, heading back to her home in Ohio and have a moment with a young girl in the neighborhood where Romanoff had her ‘family’ life as a young child. This place in Ohio is where Alexei Shostakov/Red Guardian and Melina Vostokoff pretended to be the parents of Natasha and Yelena as they secretly look to steal files from the U.S. government, a mission for the Russian state. It is also how the film starts, so ending here would be a full circle moment. Many fans believe this would have been a better and more proper ending for the film as well, instead of Natasha getting ready to board a quinjet to help Captain America break out their friends from the Raft.

#BlackWidow deleted scene.
This would have been a perfect ending. pic.twitter.com/bQp3GidTbV

From a personal perspective, I don’t think this scene actually adds anything to the film and I can see why it was cut. The emotion is there, but unnecessary. It really doesn’t give Natasha the ‘proper send-off’ so many people are saying it does here. It is just a nod to her family home that we knew nothing about until this film. The ending we got instead solidifies the movie in the timeline and shows Natasha ready to reunite with her new family after resolving things with her past family. Heading to Ohio feels empty, in a way. Regardless, we can now see this scene online and for those who love it, there it is.

What are your thoughts and this cut ending scene? Let us know in the comments below!