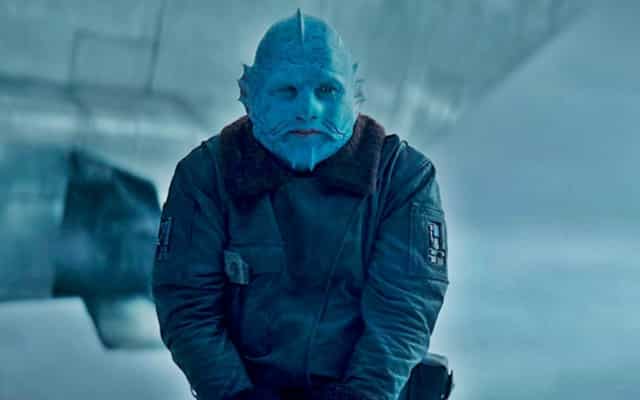 In rather upsetting news, it appears that actor Horatio Sanz who played The Mythrol in The Mandalorian is currently facing an underage sexual assault lawsuit. As fans may recall, Horatio Sanz played The Mythrol in two episodes of the series to date. He first appeared in Season 1 Episode 1 of the series. He later reprised the role in Season 2 Episode 4. The actor also appeared in several other Disney projects – including Big Hero 6: The Series and Wreck-It Ralph 2: Ralph Breaks the Internet.

Here’s what the report regarding the sexual assault lawsuit against the Mandalorian actor stated via CBR:

“Sanz groomed an underage fan between April 1999 and May 22, 2002 before sexually assaulting her at an SNL cast party. Sanz was a member of the Saturday Night Live cast from 1998 to 2006…According to the lawsuit, which names Sanz, SNL and NBC as defendants, the unnamed woman was 17 at the time of the assault and had been groomed by Sanz since they first met when she was 15 and he was 31.”

The official lawsuit document further elaborates how the young woman, referred to as “Jane Doe” in the documentation, was groomed by Horatio Sanz after meeting him in 2000. He led her to a variety of parties and events where she was given alcoholic beverages so that Sanz could have her “engage in drug use” and “inappropriately” touch her. The lawsuit even lists former SNL cast member and late-night host Jimmy Fallon as an individual present at these parties and events.

The lawsuit also states the following events occurred in 2003 between the woman and the Star Wars series actor Horatio Sanz:

This continued into the woman’s adulthood, in which Sanz allegedly continued to harass her:

It’s unclear what could happen to Horatio Sanz and his involvement in The Mandalorian or with Disney following this sexual assault lawsuit. But as the case develops, we’ll likely hear more on that front soon.