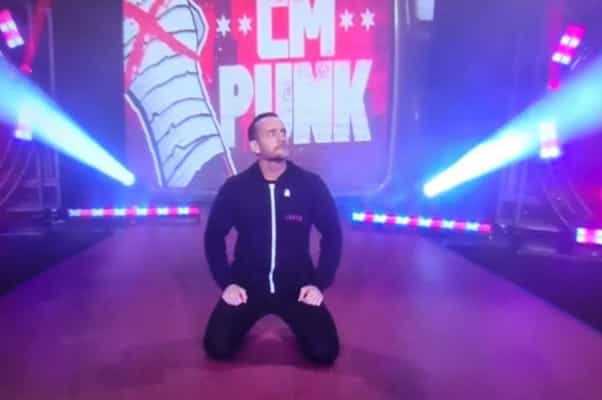 Last night, on August 20th, 2021, the impossible happened. If you have been a wrestling fan at all in the last decade, there is one polarizing figure that has been absent for over seven years. Despite his absence completely from the pro wrestling world, fans still chant his name at any and every opportunity. Even though fans have craved his return something fierce, it seemed like an improbable, far fetched dream that would never come to fruition. Dreams do come true, though, and the Best in the World, CM Punk returned to the ring for AEW Rampage!

After walking out of WWE over seven years ago over creative differences and a lack of a push due to the company pushing part timers instead, CM Punk has been a cult hero of sorts to wrestling fans worldwide. The Chicago native came home to WWE’s biggest competition, AEW, in his home town to what was arguably the loudest pop in the history of the business.

The goosebumps inducing moment had Punk visibly touched, as he held back tears. Tears that many fans, including grown men, couldn’t contain themselves. Love him or hate him, there is no denying the impact that Punk has had on the business. And now he is returning to the ring for the upstart company that looks to rival the mega mogul that is WWE.

CM Punk shot from the hip, stating that none of what he was a bout to say was planned. He also put to rest any thoughts the he himself would be a novelty act. He stated that he is back for the foreseeable future, and looking to be a full-time pro wrestler. He expertly avoided mentioning WWE, but did have some passive aggressive stabs at his former employers. He even has his iconic them music, ‘Cult of Personality’ by Living Colour, which ignited the fans before he even stepped out of the proverbial curtain.

AEW’s ‘All Out’ PPV will also be in Chicago on Sept 5th, where Punk will be facing Darby Allin, AEW’s homegrown superstar. Punk’s return, along with the rumored acquisition of Daniel Bryan coming soon, could be the catalyst to push AEW to new heights, heights that could see a modern version of the war between WCW and WWE from the end of the past millennium. In terms of that, only time will tell, but no one can deny the historic moment that happened when the Straight Edge Superstar return to the pro wrestling world to the loudest ovation the sport has ever seen.

What are your thoughts on CM Punk’s return to wrestling? Let us know in the comments below!