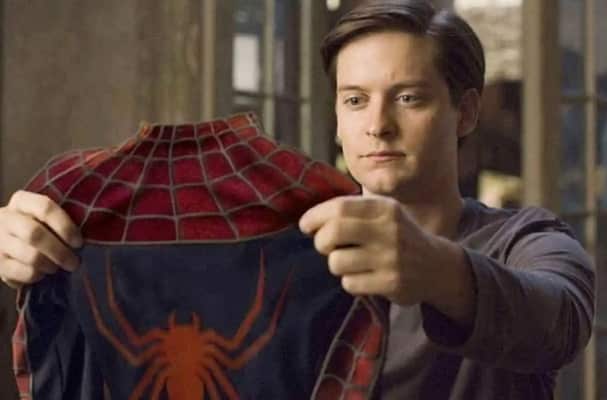 The first trailer for Spider-Man: No Way Home was released yesterday, and while we got a look at the return of Alfred Molina’s Doctor Octopus from Spider-Man 2 and a tease of Willem Dafoe’s Green Goblin from Spider-Man. With those two returning, one might think that Tobey Maguire would be shown – but he wasn’t. Honestly, though, in just the first trailer, expectations to see Maguire show up may have been unrealistic – and while his appearance hasn’t yet been confirmed – one of the film’s actors may have confirmed it.

J.B. Smoove (Mr. Dell) was recently asked which previous Spider-Man actor between Tobey Maguire and Andrew Garfield he was most excited to see share the screen with Tom Holland, and he replied with:

He also spoke of Jamie Foxx in the film:

This dude just straight up confirmed Jamie Foxx’s Electro and Tom Holland sharing scenes with Tobey Maguire!
This is gonna be… AMAZING! 🤩 pic.twitter.com/pEFYSsS2l9

This shouldn’t be taken as a confirmation for Maguire’s return, but it is still pretty interesting that an actor in the film would say something like that. It’s also fair to point out that the way the interviewer asked the question – could have seemed like he was theorizing something, and Smoove just thought he was giving a hypothetical response.

With villains from the Tobey Maguire Spider-Man movies appearing in this film and the multiverse setting, it makes too much sense for the actor not to return.

At this point, though, we’ll just have to wait and see. We’ll know all of the details and possible returns for sure when Spider-Man: No Way Home hits theaters on December 17th.