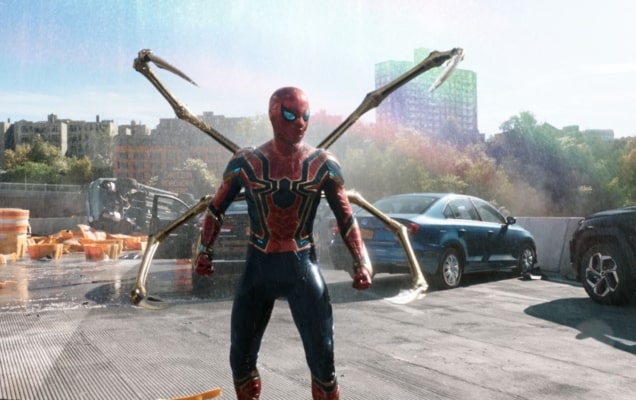 Fans have eagerly been awaiting the release of the first Spider-Man: No Way Home teaser trailer. After a leak of an unfinished trailer hit the internet yesterday, the wait for the official trailer is finally over. Marvel and Sony have finally delivered – and it definitely builds up the hype for the upcoming Marvel Cinematic Universe film. The trailer comes at a perfect time, a moment in which fans were finally at the breaking point.

There’s been a lot of hype and exciting rumors surrounding Spider-Man: No Way Home. Now with the release of this teaser trailer, some of those questions can be put to rest. Other questions on the other hand, however, have only been made more prominent – and as such, the film just can’t get here soon enough.

As you can see from the trailer below, the film looks to involve the multiverse, and confirms that we will see a teaser of Willem Dafoe’s Green Goblin (presumably) and Alfred Molina’s Doctor Octopus – which seemingly confirms that Tobey Maguire’s Spider-Man will return for the film.

With so many characters both old and new coming together for this new installment, it definitely looks like the perfect way to keep Phase Four of the Marvel Cinematic Universe moving forward. Not to mention, with the involvement of Doctor Strange, the new film should tie in nicely with the upcoming sequel Doctor Strange in the Multiverse of Madness. Indeed, after quite the hiatus, Phase Four of the Marvel Cinematic Universe is coming together rather nicely. Hopefully we won’t have to wait much longer for our next look at Spider-Man: No Way Home. In fact, now that we’ve gotten this trailer, we should expect the promotional campaign to speed up all the way until the film’s December release.

The film was directed by Jon Watts from a script by Chris McKenna and Erik Sommers.

The upcoming MCU blockbuster Spider-Man: No Way Home is scheduled to hit theaters on December 17, 2021.