‘Spider-Man: No Way Home’ Villains Could Become The Sinister Six 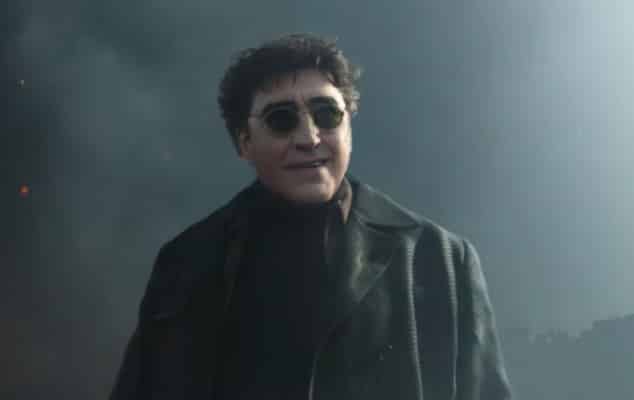 Marvel and Sony’s Spider-Man franchise is both expanding and coming together in a variety of interesting ways. In particular, the new teaser trailer for Spider-Man: No Way Home revealed what the film would be doing with at least some of its villains. In particular, it appears that the new movie will be reintroducing both Alfred Molina’s Doctor Octopus and Willem Dafoe’s Green Goblin from Sam Raimi’s Spider-Man trilogy. While we get a brief glimpse of Molina as Doc Oct, we only hear the Green Goblin’s iconic laugh and a shot of one of his pumpkin bombs. Nevertheless, it’s clear that this film will be reunited the enemies of various Spider-Man franchises. In fact, we also know that Jamie Foxx’s Electro from The Amazing Spider-Man 2 will be making an appearance. On top of this, however, the Spider-Man: No Way Home teaser seems to imply that even more villains could appear in the film’s epic narrative.

As you can see below, fans have not only located what appears to be a lightning bolt caused by Electro – but a mass of sand that seems to indicate the presence of The Sandman who was last seen in Spider-Man 3. There’s also some kind of massive monster that seems more than likely The Lizard from The Amazing Spider-Man.

Green goblin, doc ock, electro, and sandman are coming back. This finna be the best spiderman movie. #SpiderManNoWayHomeTrailer🕸 pic.twitter.com/tKdOVxlgXD

At this rate, we’re up to five different villains – almost enough to make up the long-awaited Sinister Six team. Of course, who else could be the sixth villain? Well, there are quite a few choices to pick from. In particular, the film could use Vulture or Mysterio to complete the supervillain team. And even then, it wouldn’t be too much of a stretch to suspect that the film has someone else up its sleeve. For example, we’ve seen villains like The Scorpion and Rhino in the past. Either way, Spider-Man: No Way Home is shaping up to a massive movie – one that will for sure unite the characters of several different Spider-Man interpretations.

In the meantime, we’ll probably just have to wait for the official release of Spider-Man: No Way Home to know for sure what Disney and Sony’s specific plans are.