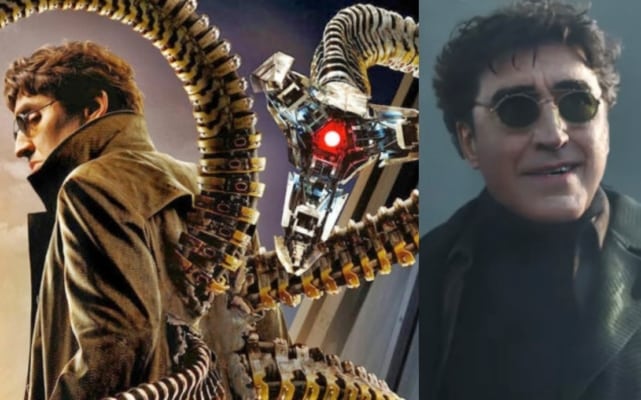 After months of fans begging and pleading, the Spider-Man: No Way Home trailer finally arrived for the world to see. In it, we got some plot details as well as some confirmations on a few rumors (no, not THOSE rumors). While we got blink-and-you’ll-miss-it glimpses of a few villains, we got on villain for sure in the footage: Doctor Octopus. Played famously by Alfred Molina in Sam Raimi’s classic, Spider-Man 2, Molina returns to the character for this multiverse crossover event. Now, eagle eyed fans have noticed a keen detail that cements what Molina let slip in an interview some time ago.

Earlier this year, Alfred Molina stated that this version of Doc Ock would be plucked out of his universe at the moment just before his death in Spider-Man 2. Now, thanks to some fans noticing the particular light color in the mechanical arms, it would seem that this version of the character is one where the arms are in full control. The light in the arms is red, indicative of the arms controlling the man. When Otto Octavious was able to gain back control, the light went white- but as he was drowning, him going unconscious would be the prefect opportunity for the arms to regain control and possibly be even more dominant.

It’s a visual detail from Spider-Man 2, best visible in this scene (When Otto is in control, they glow white) pic.twitter.com/NBcvwqksed

Regardless if this colored light in the arms is intentional or not (with Marvel that’s most likely a yes), it’s a cool detail to pick up on, especially of the old school fans of the original film. Alfred Molina did seem pretty sinister (see what I did there?) in the trailer, so it looks like we’re getting full villain Doc Ock in this movie. Hopefully, Marvel and Sony are smart and save all the rest of the secrets for the film’s release.

Did you catch this Doctor Octopus detail in the Spider-Man: No Way Home trailer? Let us know in the comments below!