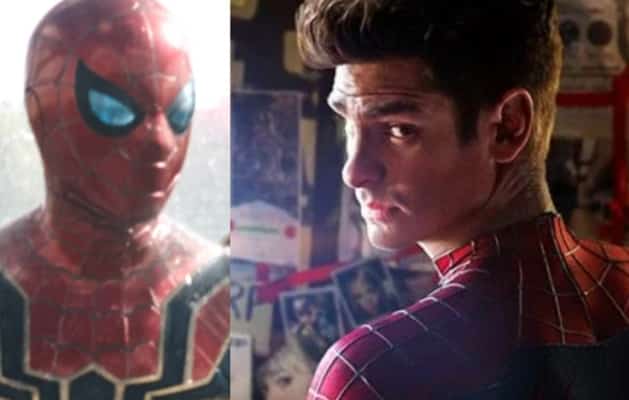 Although the first teaser trailer for Spider-Man: No Way Home was finally released, there are still plenty of questions about the film. The upcoming MCU movie has been the subject for a multitude of rumors, some of which were proven true with the new teaser trailer. On the other hand, it still isn’t clear whether or not Tobey Maguire and/or Andrew Garfield could be making appearances in the film. An alleged leaked image was recently released which has added more fuel to the fire, in which actor Andrew Garfield appears to be on the set of Spider-Man: No Way Home. While it’s easy to say the image could have been faked, there are arguments that suggest otherwise. In particular, it looks like Sony has actually been removing the image online.

Obviously this makes it a little more difficult to call the image a fake. After all, if it were – why would Sony want it removed? Of course, they could simply be trying to keep rumors about the film from spreading. But they’ve only lent the idea more credibility by trying to stop people from seeing this leaked image. So indeed, it’s beginning to seem more and more likely that Andrew Garfield and possibly Tobey Maguire are part of Spider-Man: No Way Home.

As explained by The Direct, the aforementioned leaked image which showed Andrew Garfield in his Spider-Man suit. It was further explained by Discord user JaredEx#2015 in the r/MarvelStudiosSpoilers channel that the image was removed with a copyright notice by Sony. We managed to find a copy of it floating around on Twitter – so it’ll be interesting to see if it’s removed as well.

Tobey and Andrew are back in #SpiderManNoWayHome after many years!! Can’t wait!!@SpiderManMovie @SonyPictures @Sony pic.twitter.com/71I8SzGwuJ

So while this does certainly make the rumors more interesting, we still don’t have confirmation regarding the validity of any of this. So until the film is officially released or Marvel and Sony make official statements on the matter, we’ll just have to wait to see whether or not Tobey Maguire and Andrew Garfield really are in Spider-Man: No Way Home.