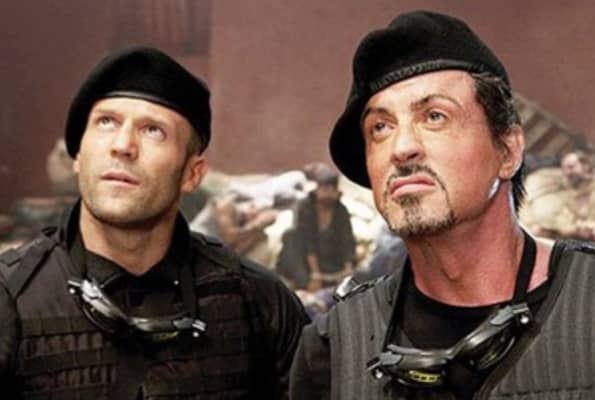 It’s been quite a few years since The Expendables 3, and fans are anxiously awaiting the arrival of The Expendables 4. Especially now that the film is finally preparing to go in front of cameras. In fact, the cast for The Expendables 4 has been announced – and it’s about as crazy as you’d expect for the ensemble franchise. In the past, the films have featured stars that included Sylvester Stallone, Jason Statham, Jet Li, Dolph Lundgren, Mickey Rourke, Terry Crews, Steve Austin, and Randy Couture. The first sequel introduced even more cast members, such as Chuck Norris, Jean-Claude Van Damme, Bruce Willis, and Arnold Schwarzenegger. By the time The Expendables 3 came out in 2014, the cast included Antonio Banderas, Wesley Snipes, Kelsey Grammer, Mel Gibson, and Harrison Ford. Now we know who to expect in The Expendables 4.

As revealed by Lionsgate, the cast will now include Megan Fox, Tony Jaa, and 50 Cent. These new cast members will be joining returning actors Sylvester Stallone, Dolph Lundgren, and Randy Couture. This is exciting news considering just how long Sylvester Stallone has been teasing the eventuality of the film. And this announcement comes not long after he teased that The Expendables 4 would feature a brand new ring design as well. So it’s definitely nice to see that things are moving along smoothly.

Especially when you consider these new talents joining the film’s cast, Megan Fox, Tony Jaa, and 50 Cent, they should all three be able to add some interesting new energy to the film. After all, the franchise has thrived on which cast members they’ve been able to acquire along the way – so seeing these three join The Expendables 4 should be a lot of fun. Especially considering some of their past projects, they could indeed be perfect fits.

Hopefully we’ll have more details on the film soon, especially as production moves forward. As such, fans should stay tuned to ScreenGeek for updates on The Expendables 4 as we have them.

Scott Waugh is currently attached to direct The Expendables 4.