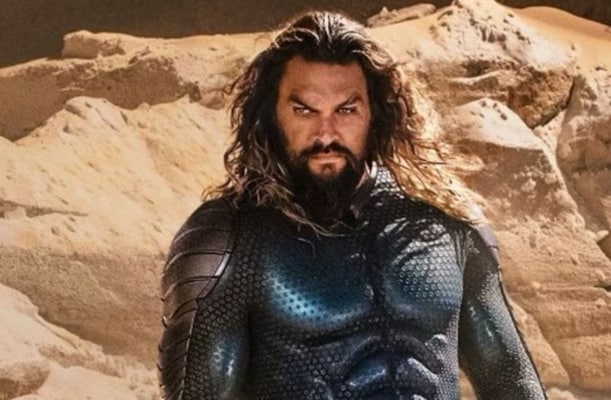 Aquaman 2 or Aquaman and the Lost Kingdom – as it is officially referred to – is currently filming, and with filming on any new project (especially a comic book related movie) you can expect some teasers or first looks to drop at random. That’s the case today, as we’ve been given a first look at the new suit Jason Momoa will be wearing in the upcoming sequel – and it’s definitely a darker suit than we’ve been accustomed to seeing the character with.

Revealed by Jason Momoa and the film’s director James Wan, as a side by side comparison of the old suit and the new suit were revealed in Instagram posts – with the caption from Momoa reading:

Upon first glance, it looks like this suit is the stealth version from the comics and tells us that Arthur Curry is likely adapting to some new challenge that will present itself in the film. A new fight with Black Manta? After all, the villain has likely been thinking about all of the ways to get Aquaman back for what happened in the first film, so one can assume that he’s got some new tricks up his sleeve.

James Wan said in a recent interview that he expects fans to be ready:

“The first movie took a lot of people by surprise, right? And that’s partially because they were not familiar with the comic book, which deals in this very lurid, strange world. People were taken aback that I didn’t throw all that stuff away and make a dark, heavy film. But I didn’t feel that would have been right for it. So with the second film, I feel it will be easier for people to accept where we go because I’ve already laid the foundation.”