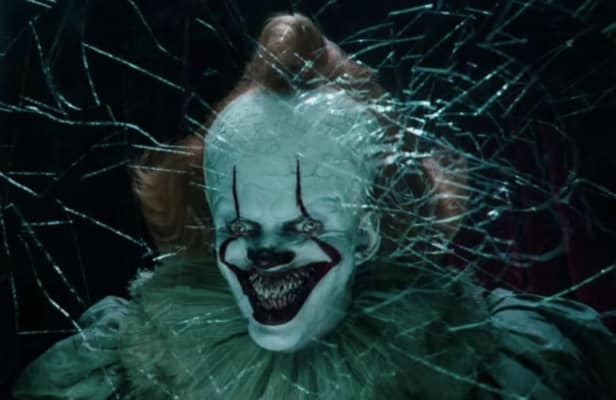 Many horror fans like to spend the time leading up to the Halloween season by watching horror movies. After all, while fans will likely watch horror films any time of the year – it’s October that seems to make them feel particularly special. What else is special, however, is an upcoming challenge being offered by Dish. As they’ve recently announced, Dish is willing to pay one lucky fan $1,300 to simply watch 13 Stephen King horror movies before Halloween on October 31.

“Once again, USDish.com is asking for one (un)lucky fan to watch 13 movies based on Stephen King’s most chilling novels. We want to pay you $1,300 to witness 13 horror classics. In the process, tell us how everything’s going. How’s your heart rate during the scary scenes? Which movie’s your favorite or least favorite? Are you watching these flicks alone or bringing a friend along so you can have night terrors together?”

Here is a list of the 13 movies that Dish is requiring fans to watch by Halloween. Interestingly, several of them give you the option to choose between the original or the remake to watch:

Fans will have up to October 8, 2021 at 5 PM MT to enter the challenge. This should be plenty of enough time to watch the 13 Stephen King movies before the Dish challenge ends by Halloween. In order to apply, fans will merely need to fill out a form and explain within 200 words or less why they are the perfect candidate for the opportunity.

For those that enter, Dish is also supplying them with the movies alongside a “Stephen King Survival Kit” and a Fitbit so fans can track their heart during the scarier scenes of the films. If that’s not the perfect challenge for a horror fan to enter, then I’m not sure what is. Visit USDish.com to apply!