Andrew Garfield Responds To Alleged Leak Of Him On ‘Spider-Man: No Way Home’ Set 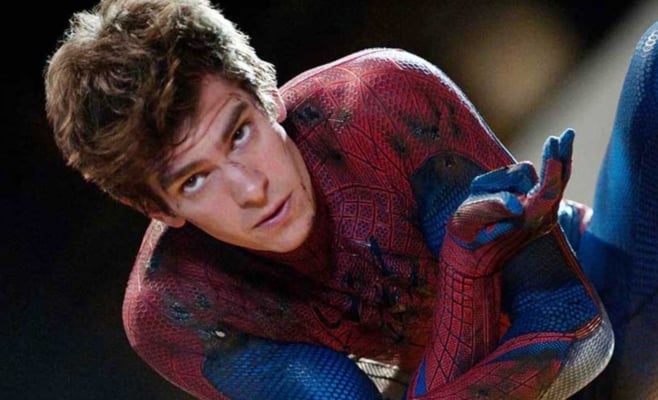 There’s been an enormous amount of speculation about the upcoming film Spider-Man: No Way Home. Especially now that we know it will introduce elements from the greater Spider-Man multiverse, fans are curious to know whether or not it will include past Spider-Man actors Tobey Maguire and Andrew Garfield. While the two have consistently denied their involvement with the film, several rumors and alleged leaks have suggested otherwise. This included an alleged set video/photo of Andrew Garfield which was suspected to have been taken during production on Spider-Man: No Way Home. Garfield  was recently asked about it on a late night show, and has denied his involvement in the film – saying the “leak” is fake.

The video shows Andrew Garfield talking to someone during a break on set. However, it’s unclear what he’s saying as there’s no audio. Here’s the actor’s response to it:

Andrew Garfield gets asked about *that* #SpiderMan picture by Jimmy Fallon. 👀pic.twitter.com/oLgddWUbhz

As we live in a time where everything can be easily faked, it’s no surprise that this could be fake as well. So until we know more, we can’t assume anything conclusive about Andrew Garfield or Tobey Maguire being part of the film. But considering their past co-stars from earlier Spider-Man films are part of the film, and it is opening up the multiverse, it still makes sense that they should be included. So hopefully we’ll know more as we approach the film’s release date – or at least once the film is officially released. It’s also worth pointing out that Marvel Studios has denied things in the past – with them only turning out to be true in the end.

In the meantime, the trailer did give us a great look at Alfred Molina as Doc Ock and many other characters and plot elements that will be included. So it’s especially exciting to see that regardless of Tobey Maguire and Andrew Garfield, the film will still be paying tribute to what’s come before.

The highly anticipated MCU film was directed by Jon Watts from a script by Chris McKenna and Erik Sommers.