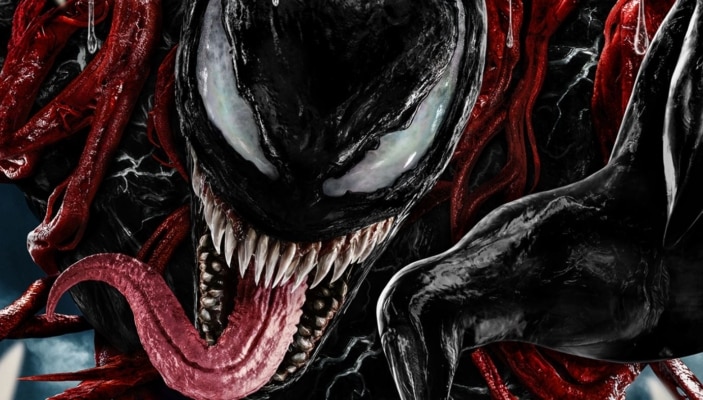 Venom: Let There Be Carnage is set to release in theaters, finally, in just two weeks time. While the first film was a major box office success financially, the movie itself has been much maligned by the fanbase for butchering the iconic comic book anti-hero. This led Sony to bring in Andy Serkis to direct the sequel and breathe new life into the franchise. After a recent screening, those fortunate enough to get to see the film already are praising the new direction and pace as well as the depiction of one of Marvel’s most gruesome villains in Carnage. It would also seem that the film’s post-credits scene is one of game changing excitement for fans.

Many of those who have gotten to see the film early are ringing the bell that this sequel is much more of what the fans want from these characters. They praise Serkis for the frenetic pace and big action without a bunch of useless exposition, something we figured after the 90 minute runtime was released. It seems that Serkis nails the villainous Carnage as well. This was a major concern for many fans after the first film came out, and those concerns grew exponentially once the official PG-13 was announced.

However, it would see that those concerns are for naught. Then there’s this post credits scene that seems to have people losing their minds. Whilst no details are being leaked (thankfully), it would seem that this scene will be nothing short of a massive game changer for Sony’s Marvel based projects moving forward. It could even be the bridge that brings Venom into the Marvel Cinematic Universe…

#Venom Let There Be Carnage is a frenzied mix of buddy movie, romance (Venom❤️Eddie), and horror. It wastes no time in getting down to business and not relent. Hardy is on fire and Harrelson IS Carnage.

#VenomLetThereBeCarnage is off the charts insane. It is full throttle ridiculous from start to finish. I loved the first one, this ramps everything up to 11.

I was lucky enough to be among the first to (finally!) get to see #VenomLetThereBeCarnage I adored it. The first Venom is my favorite of the modern MCU films, and #Venom makes all the smart next steps, telling a very human and very beautiful story for Eddie Brock. pic.twitter.com/Iwv7uX7ALY

I'm not gonna be one of those assheads that spoils #VenomLetThereBeCarnage especially the POST CREDIT SCENE thats people are ruining for folks cause it's Soo epic. So just hold tight guys. OCTOBER 1st will be here. @SonyPictures has an embargo up till Sept 30th So no video 🙁

Of course, we can only take this reactions at face value. These early reactions rarely paint a film in a negative light. But, these reviews aren’t just praising the film but are down right screaming on the mountain top how great it will be. So hopefully they’re not wrong and we’re in for a real treat come October 1st when Venom: Let There Be Carnage hits theaters!

Do these early reactions have you excited for Venom 2? Let us know in the comments below!