Real Life ‘The Conjuring’ House Is For Sale For $1.2 Million 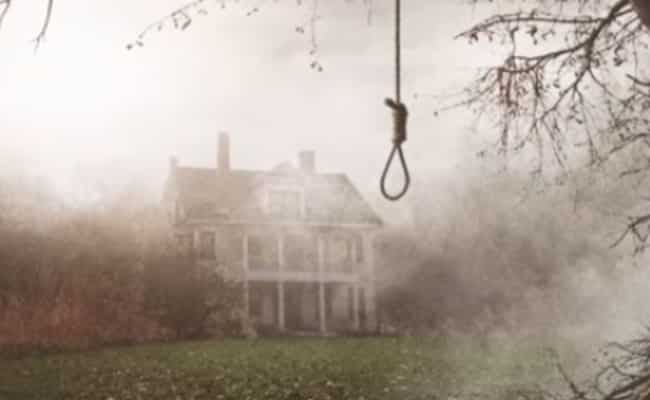 As horror fans should already know, The Conjuring is indeed based on a true story. There is indeed an allegedly haunted house in Burrillville, Rhode Island as shown in The Conjuring. And, once again, the home is now being offered for sale. While its current owners only bought the house two years ago for $439,000, they’re now asking $1,200,000 for the house. But considering they’ve turned it into quite the hotspot for visitors and paranormal investigators throughout their ownership – the price inflation does make sense.

As stated by one of the house’s owners, Jennifer Heinzen, via Fun 107:

“Owning the Conjuring House the last two years has been a life-changing event for us,” Jennifer Heinzen stated. “We have done and accomplished way more than we expected, in a good way. Things here are not always rays of sunshine; I always say it’s an emotional roller coaster with its ups and downs. We have met some great people along the way.”

Indeed, the house has quite the history. As further emphasized by the official listing at Realtor.com:

“Every so often an opportunity presents itself to possess an extraordinary piece of cultural history. The true story of The Conjuring started in this very house, in Harrisville, RI. The critically acclaimed original movie was based on accounts taken from inhabitants of this fourteen-room farmhouse. Rumored to be haunted by the presence of Bathsheba Sherman, who in the 1800’s lived in the house, 1677 Round Top Road is one of the most well-known haunted houses in the United States. The chilling stories from this house have inspired dozens of books and movies. Many qualified paranormal researchers have been invited into the home – most famously Ed and Lorraine Warren, who founded the oldest ghost hunting team in New England, and in the 1970’s were hired to rid the home of its evil. The Warrens confirmed that the events depicted in The Conjuring movies (the third just recently released) actually transpired. The current caretakers have reported countless happenings in the house, and have turned overnight guest bookings and group events on the property into a steady successful business.”

The 3,109 sqft house consists of 3 bedrooms and 1.5 bathrooms. The property consists of an 8.5 acre lot, and those curious can take either a 3D virtual tour or book a physical tour in person. If you’re a millionaire, it’s definitely a good opportunity to acquire your very own allegedly haunted house. Especially one that’s had such an impact on Hollywood with The Conjuring and its growing franchise.