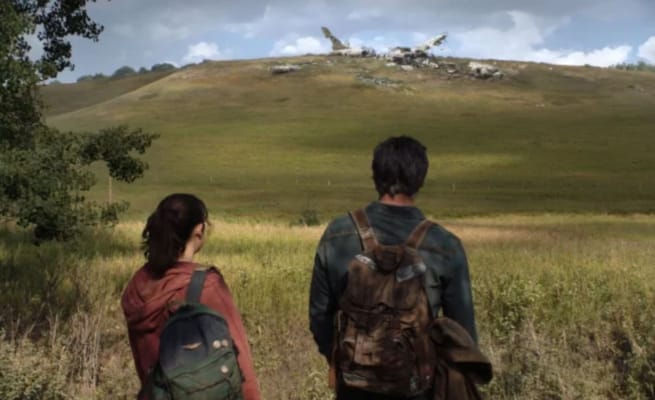 When it comes to modern gaming, not many video games can top The Last Of Us. The highly successful Playstation game rocked the gaming world upon its release for its incredible storytelling and fantastic gameplay. And while the sequel has been polarizing to say the least, that has not wilted the love for the original in the slightest. So, of course, with such an amazing story, fans have been clamoring for a live action adaptation. And their wants were rewarded as HBO greenlit the game for a series adaptation. Now, as production is in full swing, the first pick of the live action of Joel and Ellie has been released.

One of Hollywood’s hottest commodities at the moment, Pedro Pascal, is Joel and Bella Ramsey, from off another little indie project from HBO, Game of Thrones, as Ellie can been seen from the picture and it looks straight out of the game. The tweet comes from the creator of The Last of Us, Neil Druckmann, who went full fanboy with this, stating:

When I first saw them on set in full costume, I was like: “Hooooooly shit! It’s Joel & Ellie! 😭!”

The @HBO adaptation of @Naughty_Dog‘s The Last of Us is full steam ahead!

Can’t wait to show you more (from all of our projects!) Happy #TLoUDay!!! pic.twitter.com/trq9N340FW

Joining Pascal and Ramsey in the cast will be Gabriel Luna as Joel’s brother Tommy, as well as Anna Torv, Jeffrey Pierce, Murray Bartlett, and Con O’Neil. The series takes place twenty years after modern civilization has been destroyed. Joel, a hardened survivor, is hired to smuggle Ellie, a 14-year-old girl, out of an oppressive quarantine zone. What starts as a small job soon becomes a brutal, heartbreaking journey, as they both must traverse across the U.S. and depend on each other for survival.

There is no word yet as to when this series will debut – nor whether it’ll be on the premium cable service or the HBO Max streaming service exclusively yet. As more news comes out, stay tuned to ScreenGeek for the latest.

What do you think of the first look at The Last Of Us? Let us know in the comments below!

Tags: HBOHBO MaxplaystationThe Last of Us
No Result
View All Result