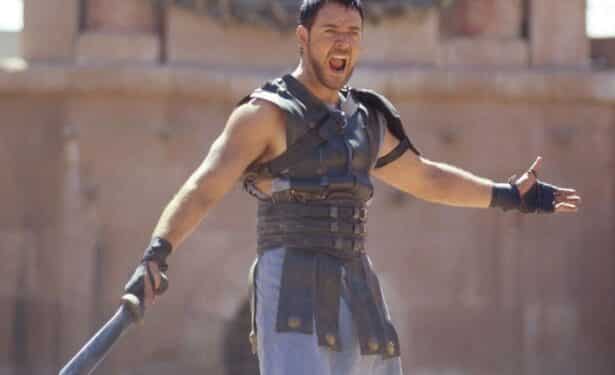 When it comes to all time classic films of the modern millennium, one of the top names has to go to the Academy Award winner for Best Picture of 2000, Ridley Scott’s Gladiator. Russell Crowe and Joaquin Phoenix give stellar performances in the emotional and action packed epic and the film is a favorite amongst so many people. It is a sweeping tale of love, betrayal, revenge, and honor in Ancient Greece and felt like a story that had a solid conclusion. However, 21 years later, it would seem that a sequel is in the works!

Empire is reporting that Ridley Scott, who was been an amazing director for five decades now, is ready to make the sequel after he finishes his Napoleon film, Kitbag. The 83 year old filmmaker is a legend, bringing us such amazing movies as Alien, Blade Runner and of course, Gladiator. And he hasn’t stopped working, as he has two films out this year, The Last Duel and House of Gucci. He is also working with Phoenix again on Kitbag, all before he dives into the Gladiator sequel:

“I’m already having [the next] Gladiator written now. So when I’ve done Napoleon, Gladiator will be ready to go.”

It is unclear exactly what the sequel’s story will be at the moment. Both Russell Crowe’s Maximus and Joaquin Pheonix’s Commodus died at the end of the film, so the story would certainly need to revolve around new characters. We could possibly see a story that sees Spencer Treat Clark’s Lucius all grown up and possibly in charge now. It could also be from another aspect of the Roman Empire entirely. Nothing is known at this point, but with Scott’s track record and the fuel of the epic behind it, this sequel should be one that we all will want to see.

Are you excited for Gladiator 2? Let us know in the comments below!