‘Pennywise: The Story Of IT’ Documentary Premieres This October 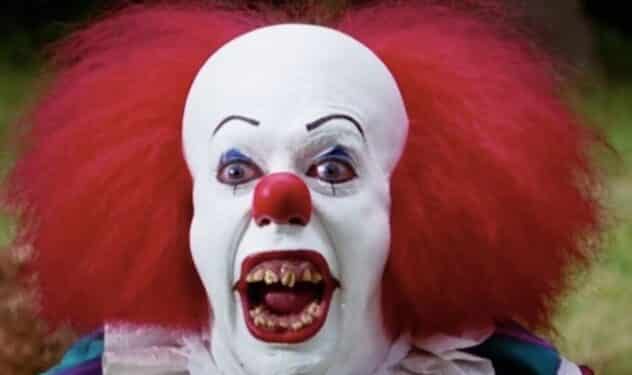 Before the release of IT: Chapter One and IT: Chapter Two made Pennywise a true cinematic horror icon, the character first became popularized by actor Tim Curry for television. Tim Curry played the role of Pennywise for the 1990 miniseries adaptation of Stephen King’s IT. And, to this day, the miniseries has remained a popular and influential piece of the horror genre. An upcoming documentary, titled Pennywise: The Story of IT, now aims to examine the 1990 miniseries.

The documentary has been in development for quite some time, but now fans won’t have much longer to wait. In an exciting bit of news, it’s been revealed that Pennywise: The Story of IT will be premiering at The Sitges International Film Festival of Catalonia on October 15. This means the highly anticipated documentary will be arriving just in time for the Halloween season for those able to see it!

The documentary was co-directed by John Campopiano, who directed Unearthed & Untold: The Path to Pet Sematary, and Christopher Griffiths, who directed Leviathan: The Story of Hellraiser. As such, the two certainly have the experience needed to dive back into the 1990’s and examine the original miniseries adaptation of Stephen King’s classic novel. In fact, many individuals involved with the original miniseries have been interviewed for the documentary. These individuals include Tim Curry, Seth Green, Richard Thomas, Tim Reid, Richard Masur, Emily Perkins, Tommy Lee Wallace, and Larry D. Cohen, along with many more.

As stated by Joe Campopiano via MovieWeb:

“We live in an era where adaptations of Stephen King’s work have never been more prolific and culturally relevant,” he said. “From the hugely successful 2017 and 2019 theatrical remakes of IT and Pet Sematary, the widely lauded sequel to The Shining, Doctor Sleep, TV series Castle Rock, and the upcoming theatrical remake of his 1979 TV miniseries, Salem’s Lot – this documentary is arriving at precisely the ideal moment.”

Indeed, the entire IT brand has never been more popular. This documentary will certainly be an exciting look at where the beloved brand really took off and how its impact is still being remembered today.