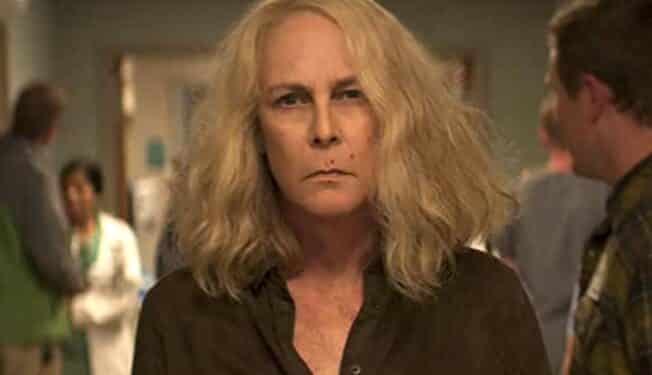 Halloween Kills will be hitting theaters and the Peacock streaming service here very soon, the highly anticipated sequel to the very successful franchise relaunch, Halloween 2018. Acting as a direct sequel to the original film from 30 years ago, Halloween retconned all of the abysmal sequels and revitalized the horror franchise. And wouldn’t you know it, this whole Michael Myers renaissance is thanks to a couple of simple emails between Jason Blum and David Gordon Green.

Jamie Lee Curtis, while at a preview screening for the sequel at Beyond Fest, told the story of how it came to be and how these emails saved this franchise from the grave:

Jason Blum: “DGG, maybe this is insane, but because I know you are going to do Suspiria, I figured I would ask. Halloween. Creative control. John Carpenter doing the score for you. What do you think? Question mark. A sandbox you would ever want to play in, or am I crazy? Jason.”

David Gordon Green: “Whoa. Let me take a sip of my coffee. Whoa. That’s the first physical reaction I’ve had to a morning email in a long time. Let’s discuss. I just listened to Carpenter on Marc Maron a couple weeks ago, and actually I’ve been keeping up with the music he and his son are doing. They played in Austin, recently. It’s badass.”

Curtis followed this up be exclaiming that one email led to the rebirth of the franchise and a whole new group of fans to the films:

“One email, five years and one month later, two movies in the can, one to shoot, hundreds of fucking millions of dollars, millions and millions of fans later. I want to thank you from the bottom of my heart because without you guys, I have no career, and I couldn’t love you more.”

It seems crazy that so many films are seeing a proper resurgence decades later, but it actually makes a lot of sense. The fans who grew up on and fell in love with these movies are now in a position to accurately create heartfelt homages to the original work. Not for the money, but for the love of the art that meant so much to them. That is why we are seeing the horror genre suddenly becoming a huge deal, rather than some B-list genre.

That’s also why we’re seeing sequels like Bill & Ted Face The Music do so well, three decades after their first go around- and why we’re getting a Dune remake and a new Matrix sequel. The people behind the camera grew up as die hard fans of these movies and can now honor them with proper sequels or reboots rather than just money grab sequels that dilute and hamper the originals.

Are you happy that Blum reached out and emailed Green about Halloween that faithful day? Let us know in the comments below!