Will Poulter Is Adam Warlock In ‘Guardians Of The Galaxy Vol. 3’ 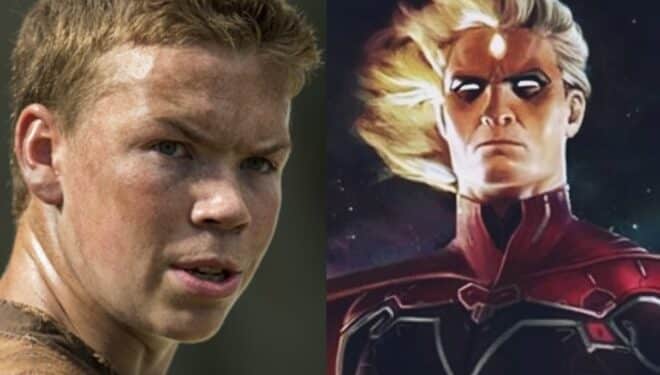 It’s been a long time coming for Guardians of the Galaxy Vol. 3, as well as the arrival of Adam Warlock. But soon we’ll be hitting two birds with one stones, it seems, as Adam Warlock will officially be introduced in Guardians of the Galaxy Vol. 3! We also know who will be playing the powerful superhero, who will be none other than actor Will Poulter. The announcement that Will Poulter will be playing Adam Warlock in the next film of the beloved franchise was announced by director James Gunn.

“Welcome to the Guardians family, Will Poulter,” Gunn wrote. “He’s an amazing actor and wonderful guy. See you in a couple weeks.”

As you guys know I often strike down false rumors, so… um…

Welcome to the Guardians family, Will Poulter. He’s an amazing actor and wonderful guy. See you in a couple weeks. #AdamWarlock #GotGVol3 https://t.co/RaNeGDIC0E

This is very exciting. After all, Adam Warlock is someone fans have been wanting to see on the big screen since the first Guardians of the Galaxy was released in 2014. Even James Gunn initially wanted to introduce the character in the second film. But after further contemplation, he decided the third movie would be a better opportunity. And now, after much time, James Gunn will finally get his chance to give Adam Warlock to the world in Guardians of the Galaxy 3.

Hopefully we’ll learn more about Adam Warlock as played by Will Poulter and other plot details as production on the project continues. As such, fans can stay tuned to ScreenGeek for updates as we have them. This is definitely going to be a big step going forward for the Marvel Cinematic Universe as a whole, not just the Guardians of the Galaxy film franchise. Especially for those who are familiar with the comics – Adam Warlock eventually lures the attention of Kang the Conqueror.

Aside from the aforementioned Will Poulter, the new film will also star Chris Pratt, Zoe Saldana, Dave Bautista, Karen Gillan, Pom Klementieff, and the voice talents of Bradley Cooper and Vin Diesel.

The upcoming Marvel Cinematic Universe film Guardians of the Galaxy 3 is scheduled for a May 5, 2023 release date.