Horror Fans Share Movies That Made Them Feel Uncomfortable 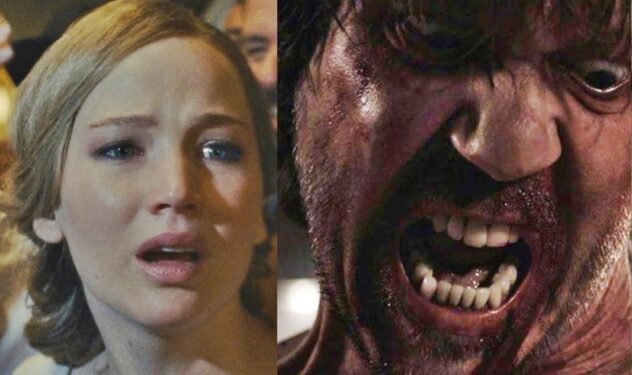 It’s October – and with that comes the watching of horror movies. Obviously some people watch these types of films all year round, but this month definitely heightens the experience a little more. While some horror films are the types that you can watch over and over, some of them aren’t – in that they can be disturbing and just plain hard to watch – and some of them aren’t even considered “horror” movies, but they can be scary for other reasons.

One Reddit user wanted to watch movies that most deem “uncomfortable” – and took to a Horror subreddit to get some recommendations, and they’re about what you would likely expect.

FrequentNetwork4264 started off the recommendations:

I think I can give you a few suggestions here. Here are a few that I think our art least hope you’ll like.

The Nightmare (2015) which is a film documentary based off of real people telling their stories of having cases of night terrors (Sleep Paralyzes). Talk about horrifying.

This is just to name a few that I find troubling to watch. They can be discomforting but will have mind to only wonder. Tell me what you think!

Midsommar made me the most uncomfortable and unsettled throughout. It also has really stunning visuals as well.

Normal_Bodybuilder suggested some of their personal favorites:

Was not prepared when I watched Possum, what an unsettling, bleak film…we had to stop our movie marathon just to sit and be sad after this one

These are my personal faves, and while they might not be considered strictly horror they’re the most horrifying and uncomfortable films I’ve ever watched

Another user suggested A Serbian Film, which I was honestly surprised didn’t appear in the comment section sooner, along with The Human Centipede.

A Darren Aronofsky film appeared earlier in Mother! but I would throw in Requiem For A Dream – as it is a film that can definitely be added to the list. It’s technically not a horror film in the traditional sense but it’s definitely disturbing.

The section of comments to the original post is quite big, so if you’ve seen all these movies or are just looking for something else to check out, it’s definitely a list worth checking out.