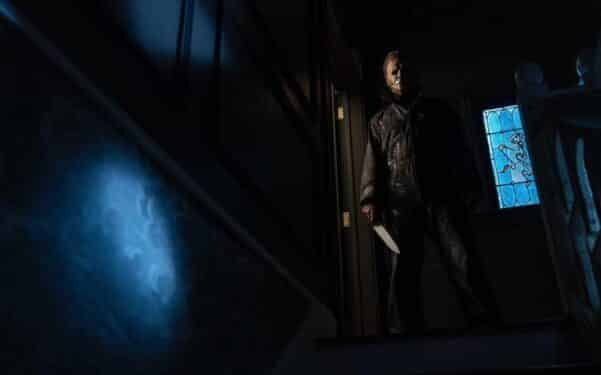 The Halloween franchise has spanned in many different directions over the last 40 years. The original film established horror icon Michael Myers as a seemingly unstoppable force of nature, and the new films Halloween and Halloween Kills continue that concept. In fact, the newly released sequel Halloween Kills is almost entirely focused on said concept. And as the middle part of a trilogy, it’s essentially Michael Myers Strikes Back. But what about the ending for Halloween Kills?

If you’ve already seen Halloween Kills, then you know the ending packs quite a punch. Michael Myers is beaten by the angry mob that’s been chasing him for most of the film, and it seems like they’ve finally stopped the killer. But as Laurie Strode gives her final monologue – indicating that the more Michael Myers kills, the more he transcends – the indestructible killer gets back up again. He shockingly kills every member of the mob, including some important players like Brackett and Tommy Doyle. It’s a stunning sequence and it doesn’t stop there.

As Laurie’s daughter Karen takes the time to enter the old Myers house, she stops in front of the window. It’s the same spot where Michael Myers was said to have stood as a child. And, much like the murder of Judith Myers in the original Halloween, Karen dies in the same room. Michael senselessly stabs her to death, bringing the stakes to an all-new high. Laurie Strode and her granddaughter don’t yet know of Karen’s murder, but rest assured, it’ll make Halloween Ends an even more intense movie.

As of right know, we only know Halloween Ends will take place four years after the events of Halloween and Halloween Kills. This should give plenty of time for Laurie to heal from her injuries and take on Michael Myers yet again. Of course, with things being much more personal this time around, it’ll be interesting to see how this final battle turns out. Hopefully as production for the sequel is prepped for January, we’ll get to hear more about the upcoming film and how it’ll handle the storyline. In the meantime, Halloween Kills has the perfect ending to set up this next entry.