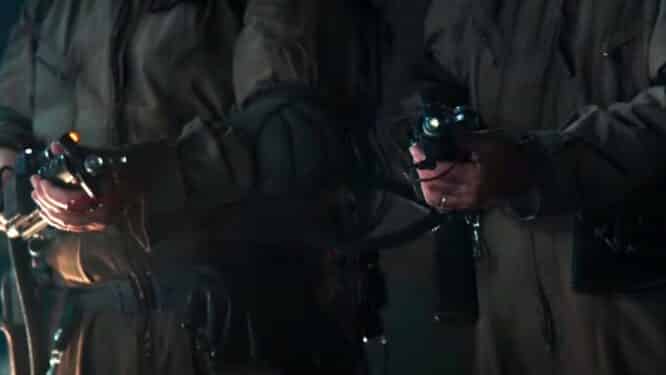 You would be hard pressed to find someone who does at least like the original Ghostbusters film. The horror-comedy is a classic, setting up a rabid fanbase of people who know who they’re gonna call if there’s something strange in the neighborhood. The all star cast of Bill Murray, Dan Aykroyd, Harold Ramis, and Ernie Hudson brought to life a group of characters now forever etched into our minds. Now, 37 years later, a third film joins the franchise and looks to bring a whole new generation of fans into the ghostbusting business with the final trailer for Ghostbusters: Afterlife.

The new and final trailer ties back to the original film. We hear Aykroyd’s line from Revelations in the Bible and we see more of Igon’s granddaughter calling Ray’s Occult Book Store. There are some new clips shown as well, but the biggest moment to come out of the trailer is the appearance of the original surviving Ghostbusters returning. We hear the legend Bill Murray say “You miss us?” as he, Aykroyd, and Ernie Hudson walk into frame (albeit with their heads cropped out) in full Ghostbusters attire!

It’s a goosebumps inducing moment for longtime fans of the series, hands down. We have known for quite a while now that the original cast would be returning, but to finally see it as we approach the film’s release date is truly a magical moment.

This trailer also shows us more scenes surrounding what looks to be the climax. And said climax seems to revolve around Zul and the gates to Hell. This movie is pulling heavily from the first film. It is unclear whether the second movie will be referenced much in this, but there are some nods (like Ray’s store). Regardless, Ghostbusters: Afterlife looks to be a fantastic blend of nostalgia and a modern addition to the legendary franchise!

Are you excited for Ghostbusters: Afterlife? Let us know in the comments below!