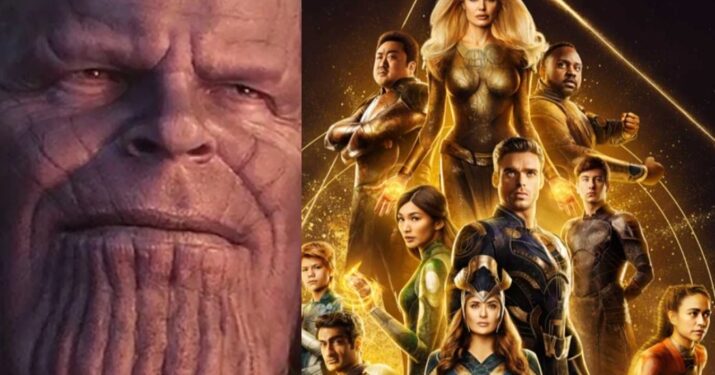 Eternals is currently crushing it at the box office, in spite of the review bombing it received due to its subject matter and cast. The movie is a standout in the Marvel Cinematic Universe, giving off a much different feel from previous films. It also tackles thousands of years of history for humanity in the MCU and answers some cosmic questions about the universe as a whole. But, there is still a question regardless these immortal super beings and their whereabouts during Thanos’ attack on the entire universe. It also begs the question, were the Eternals blipped away from Thanos’ snap?

Director Chloe Zhao spoke with CinemaBlend and was asked that very question. However, to answer it, there will be spoilers ahead!

When asked whether any or all of the Eternals were blipped in the snap, Zhao gave a cheeky but poignant answer:

What this is referring to is the fact that the Eternals are not technically ‘beings’. They are synthetic drones designed by the Celestials to never evolve and to blindly do their job. A job that is meant to eliminate all Deviants on a planet (their predecessors) and help the intelligent life on that world evolve and grow to a point that would give enough life energy to ‘hatch’ a new Celestial. This would ultimately sacrifice those people and their planet, but then the new Celestial would help bring about new galaxies to garner billions more lives. In essence, the Eternals are artificial drone bees for a cosmic being. They wouldn’t be affected by what Thanos did.

It is also interesting to note that Thanos himself is an Eternal. This was confirmed by Marvel last year in an official MCU exhibit in Las Vegas, and then doubly so in the mid credits scene for the film where Thanos’ brother Eros arrives to help. He may have known more than he let on about the universe.

What do you think of this revelation about Eternals? Let us know in the comments below!