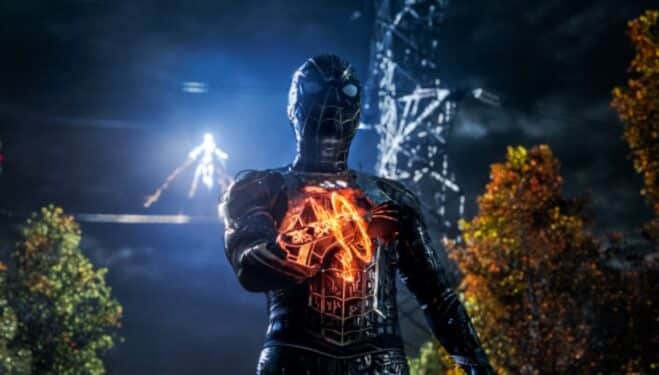 With the newly released second trailer for Spider-Man: No Way Home, fans are more excited than ever to see the upcoming blockbuster. While it looks like the film will meet the high expectations that fans have, it apparently wasn’t the easiest project to work on. In fact, actor Tom Holland has opened up to explain that the Marvel sequel had quite a chaotic production.

According to the actor, who recently spoke with GQ, the film had some intense issues regarding its massive cast and the resulting scheduling. Because the film’s plot relies on certain specific characters making a return, it became tricky when some of the cast didn’t sign on until the last minute.

As explained by Tom Holland:

“Some people were trying to figure out whether they wanted to do it, and we needed all of them or none.”

It also looks like the script was being rewritten even while in the midst of filming. What’s more, moving the film to a release date before Doctor Strange and the Multiverse of Madness also seemed to have an impact. As Tom Holland further noted:

“You could ask the director, ‘What happens in act three?’ And his response would be, ‘I’m still trying to figure it out.’”

With Spider-Man: No Way Home being such a massive project, and going to extreme lengths to connect with different franchises and continuities, it makes sense that it was a chaotic production. Nevertheless, if the newest trailer is any indication, then everything apparently worked out for the best. Of course, we won’t know for sure though until the film hits theaters in December.