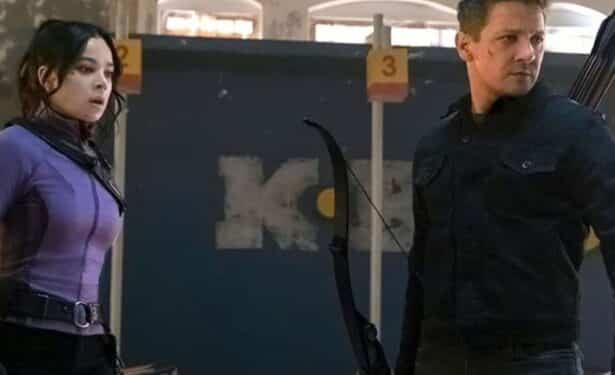 The ongoing Marvel Cinematic Universe has now expanded with its most chronologically up-to-date installment yet, the brand new Hawkeye series. The Disney Plus series is intended to last six episodes, the first two of which have already premiered on the streaming platform. With this release, however, some fans are actually beginning to boycott Hawkeye. As it turns out, the series takes inspiration from the 2012 Hawkeye comics from Matt Fraction and artist David Aja. But fans have become upset with the series because it chooses to use so much of David Aja’s work without directly compensating him.

The use of David Aja’s art style can be seen in both the marketing and the show itself. For example, the official poster for the series is directly inspired by artwork from the comic’s cover. This goes further, with the episode credits also taking influence from the comic book style.

As a result, fans have spoken on social media in an effort to see David Aja credited for his influence on Hawkeye.

I won’t watch Hawkeye because of this. I hear it’s good but don’t feel like rewarding Disney for being stingy with compensation and due credit https://t.co/JS4nS04IRK

I quite like Hawkeye. It has the grounded quality of my favorite Marvel comics stories. And it’s low key hilarious.

But I’m hung up on how David Aja’s work is the foundation for the show AND marketing yet apparently Marvel isn’t cutting him a check or even a credit? Come on now. pic.twitter.com/RgZ7tHoz7d

The influence, style, and aesthetic of David Aja's art within the whole show is so strong especially with the beautiful opening and closing credits of the episodes. Why on earth have Marvel not paid and credited him. He deserves much better pic.twitter.com/qo1hqjuLX0

My son and I really dug the first two episodes of #Hawkeye. But I want to see a giant @davaja credit upfront. His work with Matt Fraction looks to be embedded in the DNA of the whole series.

Of course, even David Aja himself at one point insisted it would be even better to be getting paid for his work:

Although David Aja apparently did receive a “special thanks” credit on the new Disney Plus series, it just isn’t enough for some fans. Especially considering the artist isn’t even getting paid. Of course, it’s unclear what kind of details were written into Aja’s contract when he worked on the comic book series nearly a decade ago. As a result, Disney might not have any reason to pay the artist or give him any further credit. Although, with the continued disapproval of fans, there’s definitely the potential for something to change there. This could be a big step for writers and artists to receive full credit and compensation for their work that continues to influence the MCU and other Marvel projects in past, present, and future.

As of this writing, the first two episodes of Hawkeye are currently streaming on Disney Plus. Fans can expect new episodes to be added weekly every Wednesday.