‘Chucky’ Season 2 Is Officially Happening In 2022 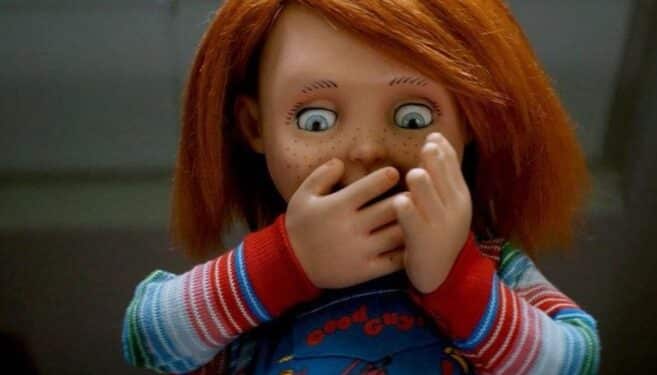 With the Child’s Play franchise back in full force with the release of Chucky, fans are ecstatic to have the iconic killer doll back in their lives. And, according to a new announcement, it looks like he won’t be leaving any time soon. It’s just been revealed that Chucky Season 2 will be released next year in 2022!

This great news comes courtesy of franchise creator Don Mancini via Variety. He took the time to thank the networks as well as the fans for making the second season happen:

“We’re thrilled to start pulling the strings on a second season of puppet mayhem with Chucky,” said franchise creator Mancini, who executive produces the series. “Many thanks to our partners at USA, Syfy and UCP for their incredible support and guidance bringing Chucky to the small screen, bigger than ever. And to the fans, Chucky sends his still-undying thanks, and a message: ‘This isn’t over, not by a long shot. You better watch your backs in 2022!’”

This news comes just ahead of the show’s first season finale, which should point the entire franchise into an interesting new direction. As such, it’s good news that fans will know now that there will be another season of the series to continue the story. The new show follows the events of the original seven films, including the most recent film Cult of Chucky. With so many different movies to take inspiration, narratives, and characters from – there’s virtually no end to where the series could go from here. Hopefully we’ll have more news on the second season after the current one concludes.