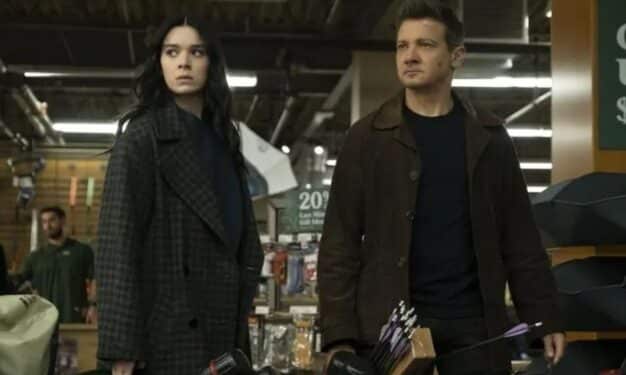 It’s been a busy year for Marvel, with both shows and films expanding the beloved Marvel Cinematic Universe. The year concluded with Hawkeye, a six episode series on Disney Plus focused on the titular superhero played by Jeremy Renner. The character was joined by several other characters throughout the show, some new and others returning. It’s been quite an exciting event, but as it turns out, there’s still more to see. A variety of alternate and deleted scenes have been coming to the surface, and you can see a photo below of another deleted scene from Hawkeye.

The photo, which comes courtesy of The Direct, reveals Clint Barton aka Hawkeye played by Jeremy Renner alongside Kate Bishop played by Hailee Steifeld. The duo have clearly just finished acquiring supplies in what can only be described as a sporting goods store. Because their outfits are the same as those they wear in the opening of episode 6, one can imagine the two were preparing for the climactic episode. In particular, given the supplies they’re holding, it seems likely they were going to be making additional trick arrows.

As you can see in the photo: 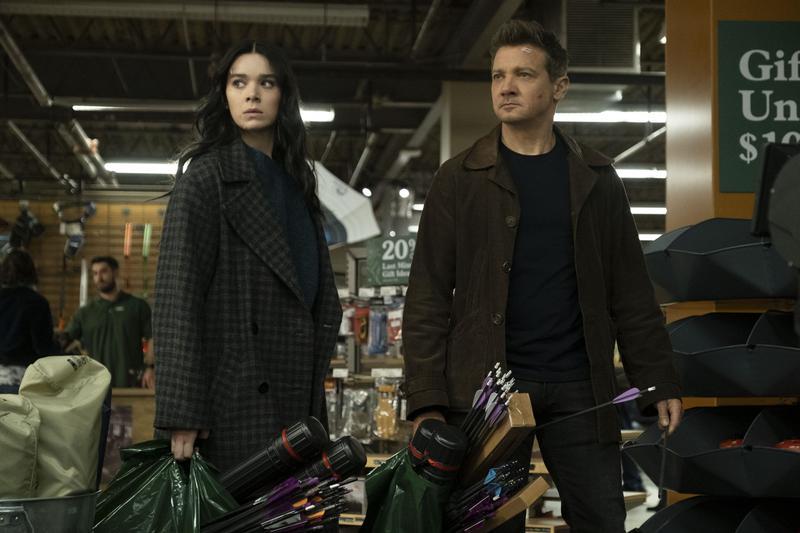 It’s certainly an interesting look into the two characters and how they intended to prep for battle. While the deleted scene didn’t quite make the cut for the rest of Hawkeye, it’s an exciting glimpse of just how much effort goes into making a series like this. While it might seem mundane compared to the bigger superhero set pieces featured throughout the show, it does look like it could’ve been a nice character moment. At least we’ve gotten a hint at what could’ve been included in the final series. Hopefully we’ll continue to see such glimpses now that the show has concluded.

All six episodes of the Marvel Cinematic Universe series Hawkeye are currently streaming on Disney Plus.