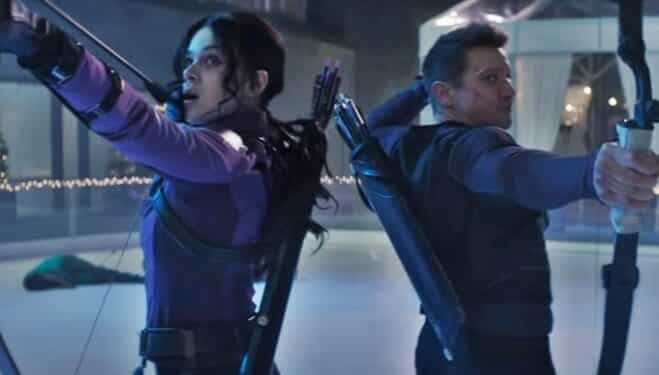 Fans were not happy about the final post-credits scene for the Disney Plus Hawkeye series last week. The show wrapped up nicely with Clint Barton and Kate Bishop finally settling their score with the Tracksuit Mafia, Barton clearing things up with Yelena about the death of her sister, Natasha, and Maya Lopez a.k.a Echo seemingly putting an end to Vincent D’Onofrio’s Kingpin – although we didn’t see the body on screen.

While many fans were waiting for a post-credits scene that would have shed some light on Kingpin’s future, or the future of either Barton or Bishop for that matter, they instead received a Broadway musical performance based on The Avengers. The in-universe play is called Rodgers: The Musical, and pays homage to the legendary story of the late Steve Rodgers following his passing in Avengers: Endgame.

The post-credits scene was underwhelming, to say the least, and has fans up in arms. With that being said, animator Elaina Scott recently took to Twitter to shed some light on the original plans for the post-credits scene. According to Scott, the scene would’ve featured the owl from the Christmas tree that Clint Barton was stuck in, carrying the miniaturized van holding the Tracksuit Mafia bros to its nest.

Check out what Scott had to say below:

The post credits oh the finale of Hawkeye was meant to have the owl taking the bris to its nest, kinda sad they cut it. Would have been hilarious!!

While that might have been more enjoyable than the musical performance from Rodgers: The Musical, it still wouldn’t have given any indication as for what’s next for Kingpin. However, it’s hard to believe that the beloved villain’s time in the MCU is done. He’ll likely make his return to battle with Maya Flores in her upcoming spinoff show. It would also be a huge missed opportunity if D’Onofrio’s Kingpin never crossed paths with Tom Holland’s version of Spider-Man in the near future.

The full first season of Hawkeye is currently available to stream on Disney Plus.