The Marvel Cinematic Universe will be expanding to great lengths in May, when the upcoming sequel to Doctor Strange will be released. The new film, titled Doctor Strange in the Multiverse of Madness, will take the Multiverse concept to new lengths after Spider-Man: No Way Home properly introduced the idea. As such, there are lots of expectations for the new film – including just what types of characters we can expect to see. What’s more, what kind of villain could be the main baddie for such a film? It turns out that the film’s villain will be none other than Gargantos, a giant Lovecraftian creature. And now we have our best look yet at Gargantos in Doctor Strange 2!

The new look at the character Gargantos in Doctor Strange in the Multiverse of Madness was revealed in a promo from Walmart. Specifically, it appears to have come from a piece of purchasable wall art. This is the first look at the creature since a quick glimpse was shown in the first trailer for the film. 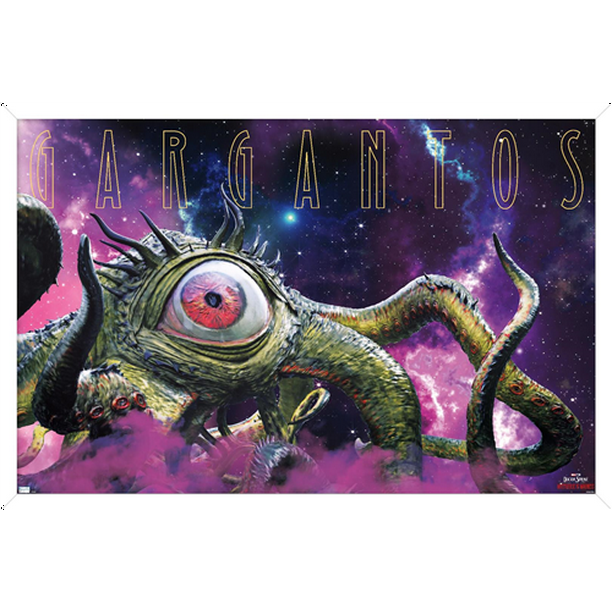 It certainly seems to emphasize the cosmic power and stature of Gargantos. With that stated, we still don’t know much else about the creature. But because he seems to be inspired by the comic book villain Shuma-Gorath, one can imagine that he’s incredibly powerful. Of course, only time will tell just what it’s capable of.

It’s also expected that there will be other villains in the film, so it’s possible that there could be even bigger threats on the loose that Doctor Strange and his unique team will have to face. After the release of No Way Home, certainly anything is possible, so it’ll be interesting to see what happens.