Another Huge Cameo In ‘Doctor Strange 2’ May Have Leaked 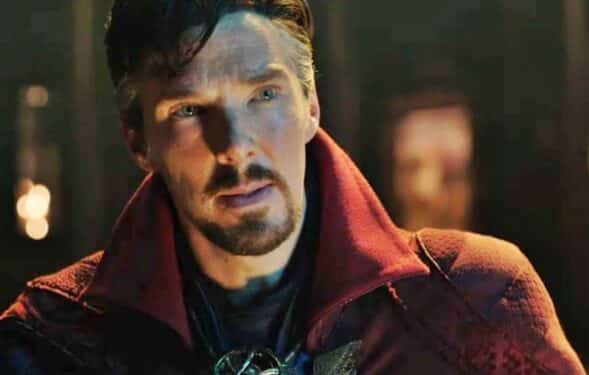 At one point, it seemed like Spider-Man 3 closed the door on Sam Raimi’s Spider-Man film franchise. But with the release of Spider-Man: No Way Home, which brought back Tobey Maguire as Spider-Man for a supporting role, everything has changed. Now fans are merely waiting for the next potential appearance of Tobey Maguire either in the Marvel Cinematic Universe or his own Raimi-Verse. And, according to a new image, it appears that Tobey Maguire may be showing up for the upcoming film Doctor Strange in the Multiverse of Madness.

The image, which comes courtesy of Mariana Torres on Instagram, might’ve just spilled the beans about Tobey Maguire and the Doctor Strange sequel. As it just so happens, Mariana Torres portrays the Portuguese voice for Scarlet Witch in the character’s international film appearances. Interestingly, however, the image she posted actually shows her standing beside Manolo Rey. This actor just so happens to be the Portuguese voice for Tobey Maguire.

As you can see below, the image was further shared via Spidey Updates on Twitter:

It’s especially worth noting that she added the following caption:

One can only assume that this is a reference to Doctor Strange in the Multiverse of Madness, in which it only makes sense that the two are both involved with the film. While it’s unknown if this means Tobey Maguire’s Spider-Man and Elizabeth Olsen share any screen time together, it does seem to suggest that Tobey Maguire’s character will still have his own separate scenes. Of course, we’ll likely only know for certain once the film is released in theaters. After all, if No Way Home has proven anything, it’s that Marvel likes to keep their secrets – even if everyone else is already in on it.

Meanwhile, fans can still see Tobey Maguire make his return as Spider-Man in Spider-Man: No Way Home, which is currently playing in theaters.