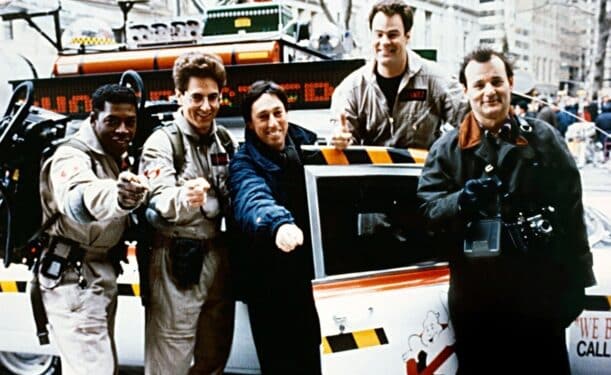 It’s been revealed that director Ivan Reitman, whose credits include a variety of classic comedies such as Ghostbusters, Animal House, and Twins to name a few, has passed away at age 75. The acclaimed director was said to have died in his sleep this past Saturday night.

As revealed via AP, his children which includes Jason Reitman, Catherine Reitman, and Caroline Reitman, gave a joint statement. Here’s what they said:

“Our family is grieving the unexpected loss of a husband, father, and grandfather who taught us to always seek the magic in life,” they begin.

The statement made by his children then continues:

“We take comfort that his work as a filmmaker brought laughter and happiness to countless others around the world. While we mourn privately, we hope those who knew him through his films will remember him always.”

Aside from the aforementioned titles, Ivain Reitman also directed such films as Meatballs, Stripes, Ghostbusters II, Kindergarten Cop, Junior, and Evolution. It’s clear that his impact on the comedy genre is quite massive, and that his works will forever have an influence on the genre. He also participated in the horror genre on occasion, having produced two of director David Cronenberg’s greatest horror films – Shivers and Rabid. It goes to show just how much of a hand that Ivan Reitman has had in the entertainment industry throughout his career.

Ivain Reitman recently participated with his son, Jason Reitman, on the production of Ghostbusters: Afterlife. The newly-released Ghostbusters sequel hit theaters late last year, and saw Ivan Reitman pass the director’s torch to his son. As mentioned above, he’ll clearly continue to have an influence on the genre both as himself and with the great works he helped create. As noted by his children, he most certainly has “brought laughter and happiness to countless others around the world.”