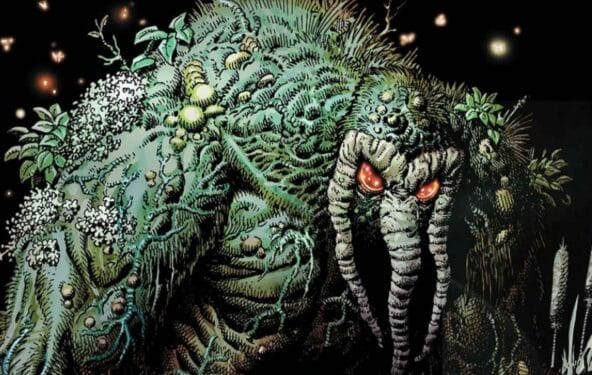 While the Marvel Cinematic Universe has brought many of Marvel’s iconic and obscure superheroes to life on the screen, Man-Thing is one such character that hasn’t yet been given the treatment. While there was a Man-Thing film distributed on the Syfy channel in 2005, it looks like Marvel Studios is finally preparing a more appropriate take on the character. In fact, it appears that they want to produce a special for Disney Plus centered on Man-Thing.

According to our sources, Marvel is currently developing a Man-Thing Halloween special for Disney Plus. It’s expected that they want to emphasize the horror aspects of the character, and make this project a complete horror-themed special. And while they haven’t decided who will be playing the titular character, they’re currently in search of a big name to fill the role.

While there aren’t other details given at this moment, this is truly exciting news. The aforementioned Man-Thing film premiered on Syfy nearly twenty years ago, so it’s definitely about time the character gets a better live-action treatment. As some of you may remember, the character had a small Easter Egg in Thor: Ragnarok, so it’ll be interesting to see Man-Thing given his own special, something which seems to be increasingly popular at Disney Plus. With the Guardians of the Galaxy Holiday Special arriving later this year, and a Werewolf special also in the works, it’s great to see Disney Plus become this unique outlet for all sorts of exciting one-off stories.

Man-Thing first appeared in Savage Tales #1, which premiered in May of 1971. The character became so popular that not only did Man-Thing appear in various other comics, but he was eventually granted his own series. The character originated as Dr. Theodore “Ted” Sallis, where he worked as a biochemist in the Everglades. Eventually, however, a combination of both magic and swamp mutagens transformed him into the aforementioned Man-Thing. He doesn’t have a human intellect, which makes it difficult for the character to interact with the rest of society.

There’s certainly a lot of potential with a Man-Thing project, and seeing that Marvel wants to take a horror approach to the material is more than great news. Fans of the character and his various comic book appearances have been wanting a proper, horror-themed adaptation for quite some time.