‘Halloween Ends’ Has Wrapped Production For Its October Release Date 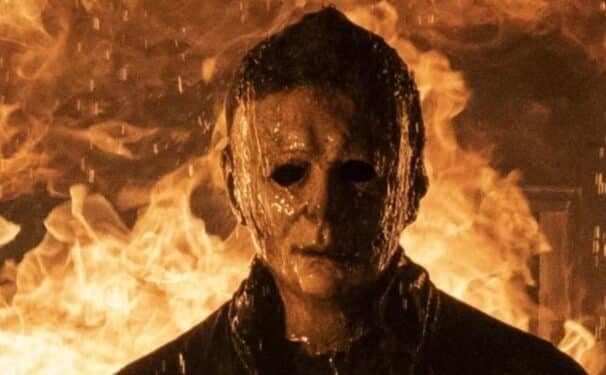 The latest installment in the Halloween film franchise, Halloween Ends, has officially wrapped filming. Fans have been waiting an additional year for the film to be released later this year, after delays pushed back the release of Halloween Kills to 2021 as opposed to 2020. But everything has since moved back on track, and fans will soon see the return of Michael Myers this October.

The announcement that filming on Halloween Ends had wrapped was shared via producer Ryan Turek. He revealed as much on Instagram, further including a photo from the set of the film. While the photo doesn’t reveal much about the film, there is a billboard in the background that eagle-eyed fans will be excited about. The billboard is advertising the fictional “Rabbit in Red” lounge, a location first teased in the original Halloween film. It looks like an exciting way to come full circle, especially now that filming has concluded.

As stated by Ryan Turek:

“A wrap on our Halloween trilogy. Incredible journey. Amazing cast, amazing crew. While we obviously have post-production ahead of us, it’s still an emotional night.”

With the film wrapped and the release date set for this October, it hopefully won’t be long before we have more details on the film. As such, fans can stay tuned to ScreenGeek for further Halloween Ends updates as we have them. This film is intended to end David Gordon Green’s Halloween sequel trilogy, so it will be an important project to watch.

David Gordon Green will once again return to direct Halloween Ends, following his work on its predecessors, Halloween and Halloween Kills.