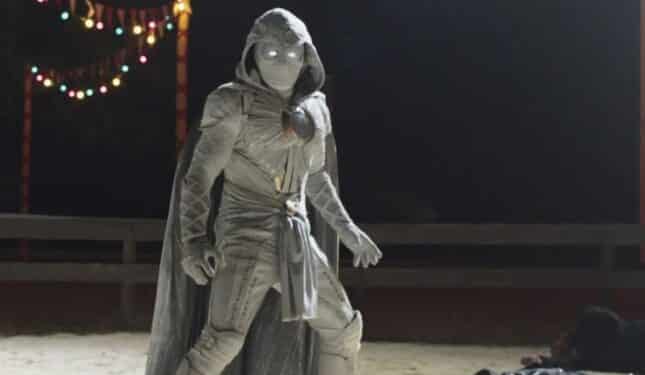 Most people would agree that the premiere of Moon Knight was a successful event. Most critics and fans seemed to be incredibly pleased with the Disney Plus release of the highly-anticipated MCU series. Unfortunately, it looks like some users have review bombed the show on IMDb. While we’ve seen such things in the past for motivations like “saving the SnyderVerse,” this time the review bombing has occurred over allegations of propaganda.

Indeed, IMDb users are leaving negative one-star reviews for Moon Knight, having review bombed the series over its mention of the Armenian Genocide. Interestingly, the Turkish government denies that the event was ever an actual genocide. For those unfamiliar, it involved the killing and deportation of the Armenians by the Ottoman Empire. This event occurred between 1915 to 1917, during World War I, and it’s estimated that at least 600,000 to 1.5 million Armenians died as a result. But because the Turkish government denies the magnitude of this incident, they insist that it was a necessary action that can in no way be considered genocide. As such, it makes sense why such an event was referenced by Ethan Hawke’s Arthur Harrow in the show.

Now, as you can see below, individuals that review bombed the series on IMDb have called the Marvel series an example of “propaganda” while delivering “false historical information.” Here are some of those comments:

“Woke bull crap. And the moron of an actor needs to stop talking about politics if he doesn’t know what he is talking about. When will these idiots learn that they aren’t politicians. Their job is to entertain, not be political.”

Meanwhile, one review insisted this was one in an entire series of attempts to “vilify a nation and society.”

“There are too many scenes that contain elements of racism and vilification of a nation. There has been a special effort in recent years to vilify a nation and society.”

“Boring also there is no armenian genocide you liars.

I was really really hyped for this show i also really love Marvel and disney. But i am really and really disappointes right now i think they should keep away politics from super ero shows like that.”

Here’s another one that claims they’re explicitly lying:

“You really think that is true? You are writing scenario with lies. Please stop making lie. Learn history and after write scenario. I’ll not watch other episodes.”

And while there are some legitimate reviewers that felt upset by the series in one way or another, the show has managed to maintain its support since the premiere. As more authentic reviews are distributed online, fans can see that the ranking for Moon Knight will continue to grow. With only one episode out, it’s possible that subsequent episodes will help this ranking even more. If they’re anything like this first episode, then it’s probably a guarantee. As for the review bombers, it’s unclear how things will continue for them.

Fans can currently view the first episode of Moon Knight on Disney Plus, with subsequent episodes to follow weekly.